Around South FloridaCalendarDonateHealthHealth and Fitness 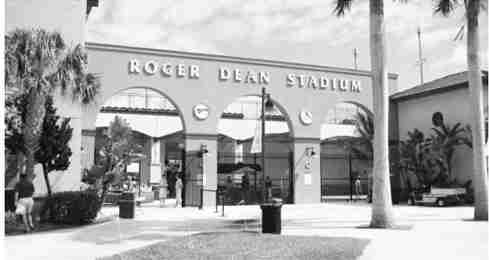 WEST PALM BEACH, Fla. – Superheroes ranging from as young as three months to mature adults are set to rally, celebrate and ‘battle’ on Saturday, Oct. 7 in a show of ongoing strength, support and commitment to the fight against cancer.

The “3rd Annual Stronger Than Cancer Young Hero 5K Run” will begin 7:30 a.m. at Roger Dean Stadium, in Abacoa, Jupiter. It is planned to wind through beautiful, downtown Abacoa, and end at the stadium. Hosted by Pediatric Oncology Support Team, (POST), the run/walk is expected to draw more than 1,000 participants.

Barbara Abernathy, a cancer survivor who founded POST, said this year’s event is seeing a marked growth in participation dollars raised, with a goal to raise $75,000.

The average age a child is diagnosed with cancer is six-years-old.

“I’ve had my own battle,” said Abernathy, who has led the non-profit organization since its inception 19 years ago. “My journey brought me here, it’s a natural fit and there was a need.”

In six months, POST will mark 20 years of service to the community. To date, the organization has helped 2,000 area children and teens. All services provided to children and families are free of charge.

“There is so much more to cancer than the clinical side … radiation, chemotherapy, she said. “If we can keep those kids fighting by giving them the emotional and financial support they need … That’s the key.”

As the 5K participants make their way throughout the course, onlookers will see a demonstration of cohesive support, donned in superhero costumes from capes, face paint, t-shirts and sneakers to baby carriages. Some infants who were diagnosed with cancer as early as three weeks of age will participate in a 10-yard “diaper dash.”

Participants will also wear colored beads to signify various symbols in the fight against the deadly disease, such as Blue for “Hope,” Red for “Strength,” Green for “Resilience” and Gold – the color of childhood cancer – for “Bravery.”

Following arrival at the finish line at the stadium, participants of all ages can enjoy fun activities – each set around the “superhero” theme.

Those planned include: A “Kidz Fun Zone” with games and a waterslide; making videos with words of encouragement to the brave fighters in a “Courage Cam Tent;” boxing in gloves to `Fight Cancer Like a Kid’ and more.

Refreshments will be provided to all in attendance and prizes awarded in the form of a distinctive finisher’s medallion.

“It’s about raising awareness, sharing joy, compassion,” she said. “The trauma of this kind of thing, a parent in the hospital with one child, another at home with siblings, challenges with work and grandparents taking on caregiving in this phase of life. It brings added meaning because they find each other, connect and bond in new ways they never knew before.”

Abernathy said she is connected and committed to the fight due to a lifetime of living with cancer from family members diagnosed to her own battle.

“The kids inspire me and keep me going,” she said.