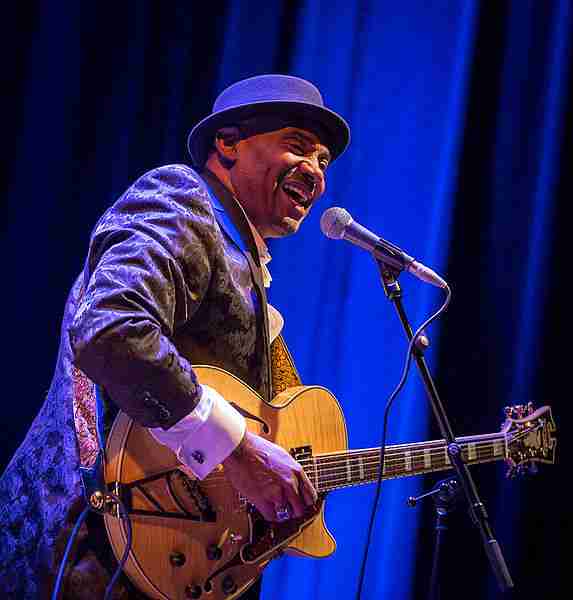 Harris is a Brooklyn-born, Harlem-based vocalist, guitarist, bandleader and composer. Ever since he burst on the jazz scene in the latter part of the twentieth century, Harris has reined supreme as the most accomplished and exceptional singer of his generation. He has been aptly described by The Miami Herald as an artist blessed with, “the warmth of Tony Bennett, the bite and rhythmic sense of Sinatra, and the sly elegance of Nat ‘King’ Cole.

The evidence of his moving and artistry can be heard on his ten recordings and critically- acclaimed concerts around the world. His appearances range from Jazz at Lincoln Center in New York and Washington DC’s Kennedy Center, to the 2012 London Olympics and a number of prestigious bookings in Europe, The Middle East and Asia.

He has received numerous awards, including the New York Nightlife Award for “Outstanding Jazz Vocalist,” which he won three times, as well as the Backstage Bistro Award for “Ongoing Achievement in Jazz” and the Harlem Speaks “Jazz Museum of Harlem Award.”

Previous post The Moto Z Force got it mostly right