“Crystal meth” or crystal methamphetamine use is on the rise in South Florida minority communities. A form of the drug was used by Adolf Hitler to keep his soldiers fighting longer and with fear in WWII. It is made with the cold remedy pseudoephedrine along with other household chemicals, is much cheaper than crack cocaine and even more deadly. It has a number of street names, including “redneck cocaine.”  In South Florida, it is known as “flocker,” and can be smoked, snorted or injected. Crystal meth causes erratic and strange behavior, progressed signs of aging, loss of teeth and worse. 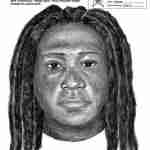 Leonard Bother, 37, was arrested and charged with burglary, assault and battery and other charges. He is accused of breaking into a Lake Worth couples’ home and attacking them. Bother was arrested after Palm Beach County Sheriff’s detectives distributed an artist rendering of the suspect, along with other information. Bother says he did not remember committing the crime or where he was on the day of the burglary because he was on drugs.

Three juveniles ages 12, 13 and 16 were arrested for allegedly stealing weapons from a West Palm Beach Walmart.  A security guard spotted them allegedly casing the store, stealing unspecified weapons and then fleeing. They were arrested in the store parking lot. Authorities did not immediately identify the type of weapons taken, but all were recovered.

The successful Wyncode School in Miami is opening a location in Ft. Lauderdale. Wyncode teaches computer programming that focuses on code writing, which is used to maintain and develop programs, apps and more. The school offers a nine-week boot camp for about $10,000. Wyncode has been successful at training and finding its graduates jobs in the field.

Another fight is brewing over the future of historic Sistrunk Blvd., the main corridor that travels east-west through the predominantly black northwest section of Ft. Lauderdale. This time the controversy centers on a proposed zoning change that would allow taller structures to be built along the corridor and in the surrounding area. Durrs Homeowners Association president Walter “Mickey’ Hinton is opposed to the zoning change and has been rallying business owners and residents to oppose the change.

American Addiction Centers in Hollywood has been sold to a Tennessee-based company for $13 million. The 56-bed treatment facility serves victims of substance abuse. It will continue its operations including in-patient services.

The Pompano Beach Community Redevelopment Agency (CRA) is considering a plan to relocate residents in some areas of the city’s predominantly black northwest section for redevelopment. Resident Carmen Jones has been urging residents to attend meetings and  get informed about the plans. 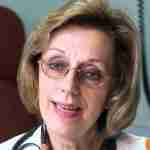 Researchers Gwendolyn B. Scott, M.D., and Margaret A. Fischl, M.D., at the University of Miami’s Miller School of Medicine have received a $5.67 million grant from the National Institute of Allergy and Infectious Diseases to continue its HIV research and clinical trials. They are testing new drug formulations and how to prevent transmission of the virus. 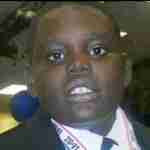 Gabriel Figueroa, 14, was shot and killed in what may be a drive-by shooting of an innocent victim in Liberty City. Police say they have no description of the suspects but witnesses said two cars were seen speeding away. It happened at a home located near Northwest 52nd Street and 12th Avenue, where Figueroa was visiting.

Uber, the ride-sharing service  that uses an app to pair drivers with people seeking low-cost rides, is cutting into the revenue streams of taxi services and public transportation. Governmental agencies have been cracking down on the service using regulations intended for traditional transportation companies. Key West undercover detectives have been using the service and citing Uber drivers who do not have taxi licenses to operate in the city. Henry Braxton Allen, 33, and Richard Owen Uhl, 60, were issued tickets for operating without permits. San Francisco-based Uber operates in over 50 countries worldwide and CEO Travis Kalanick says Uber backs and defends all such cases against its drivers. Kalanick has been convicted in South Korea of operating taxi services without a license and faces up to two years in prison. 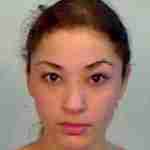 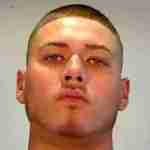 Tatiana Avila, 21, Anthony Gil, 21, and Pablo Valero, 20, have been arrested in the home invasion robbery of an acquaintance. They allegedly texted Mark Anthony Robinson at 3:30 a.m.,then went to his residence and broke into the home. Robinson and his grandmother were attacked and beaten and the suspects made off with valuables, including Robinson’s $2,000 gold chain. Police were called. The suspects were located and taken into custody. Robinson suffered a broken nose and other injuries. His grandmother also sustained injuries in the attack.

Previous post The Hobbit wraps with a Middle-earth melee