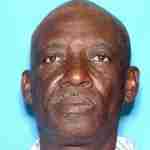 Sobner Philippe, 60, of Lake Worth has been found safe following a massive search. Philippe suffers from dementia, had gone missing from his home, and was thought to be in danger. He was found a day later and was returned to his home. 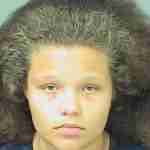 According to a police report, 19-year-old Christine Jackson of West Palm Beach faces serious charges after fighting and stabbing her girlfriend at Greater Mt. Sinai Baptist Church. Jackson went to the church where her friend was attending services, and became upset the woman was taking too long to come outside. Jackson then went inside and a fight ensued. The victim was stabbed in the arm, receiving a non-life threatening three-inch cut and a puncture wound on her hand. Jackson is charged with aggravated battery.

The Florida Department of Health confirmed that students and teachers who fell ill at Wellington Elementary School were sickened by the norovirus. The Palm Beach County School District disinfected the school, which reopened this week following the spring break.

Palm Beach County Sheriff’s detectives arrested Keith Jermaine Myles, who is accused of breaking into a home in the Savannah Place development in Boca Raton and assaulting three women. He was booked on burglary and sexual battery charges. 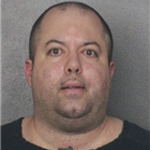 Garrett Santillo, 35, has pleaded guilty in a Hartford, Conn., federal court to one count of mailing threatening letters from his Hollywood home. He faces up to 10 years in prison, according to the U.S. Department of Justice. Santillo initially was charged with sending death threats to Gov. Dannel P. Malloy, federal judges, forensic scientist Henry Lee and 12 other people in Connecticut. He took issue with court rulings and new laws enacted in the state.

The Hampton Inn motel, 660 W. Hillsboro Blvd. in Deerfield Beach, has been sold. It fetched $11.46 million and it’s unclear if the name will change or if it will remain a motel. It is one of only two hotels located near the city’s predominantly black areas. 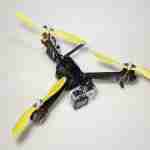 Droidworx Enterprises, a company that manufactures drones, is hiring. The company is expanding and will open its new 10,500-square-foot manufacturing facility in Fort Lauderdale in April. The jobs will pay between $15 and $20 an hour and no experience is necessary. The company makes the popular Pocket Drone, a device that folds up when not in use and carried in pants pockets.

AT&T has activated 37 new cell towers in South Florida, including the latest one on South Beach.  At the same time, a recent study has found T-Mobile has the fastest LTE network of all U.S. mobile carriers. In related news, Sprint has just upped the game with a total payoff promotion. Sprint is offering to pay early termination fees and balances on equipment when customers switch to its service.

Four workers at the Children’s Home Society allegedly charged parents up to $500 for fake referrals to have their kids placed at the top of the state’s Child Readiness Program list. The employees are also accused of forging documents and designating the children as ‘at-risk’ in order for the children to get immediate assistance to pay for childcare. The U.S. Department of Health and Human Services inspector general’s office led the investigation. All suspects have been arrested or turned themselves in. They’ve also reached plea deals and will pay restitution and perform community service. 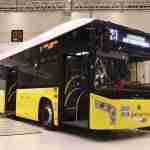 A Turkish bus builder, Karsan, is one of the firms bidding to land Miami-Dade County’s contract to supply mass transit buses. Karsan wants to supply buses that will use compressed natural gas instead of the more expensive diesel fuel. Company Vice Chairman Claude Nahum also says they want to build their North American bus-manufacturing hub in Miami-Dade County.

The Florida Highway Patrol still is not commenting on an arrest of a 59-year-old man who was subsequently detained under the state’s Baker Act. A video was posted online of the arrest, which shows the man had his hands raised when he was tasered by patrol officers. The incident occurred Feb. 14 on U.S 1 in Monroe County, but FHP has not released any details about the incident.

The Third District Court of Appeal has ruled the Monroe County Property Appraisers Office could not tax properties owned by the U.S. Navy in partnership with a private company. Governmental agencies are exempt from property taxes. The ruling could affect properties and developments jointly owned by private developers and governmental agencies elsewhere.

Miami-based Havana Air is expanding its Cuba-flight operations to Key West. The airline’s first flight from Key West to Cuba took place last week. The expansion comes on the heels of President Barack Obama’s move to relax travel and shopping restrictions in Cuba.