MOVING ON UP!
In addition to being available in hundreds of other locations, the South Florida Times is now available in both Publix and Winn-Dixie Supermarkets in Miami-Dade and Broward counties. This week, Robert Beatty II, the newspaper’s coordinator of circulation and distribution, implemented the distribution of the paper into Winn- Dixie supermarkets throughout Palm Beach County, as well. This effort requires delivery service personnel. Anyone interested in these employment opportunities should contact Beatty at 954-356-9360. The newspaper will also bring to light more issues impacting the citizens in Palm Beach County.  If you have a tip or news story out of Palm Beach County or elsewhere in South Florida, please email South Florida Times Executive Editor Bradley Bennett at BBennett@SFLTimes.com.

HOME DEFENSE
Heath Miller, 34, of Wellington, a popular band teacher at H. L. Watkins Middle School in Palm Beach Gardens, shot and killed 22-year-old home invader Robert Tomlin, who was an armed and masked intruder, at his home on Monday. The barking of the family dogs awakened Miller and his wife around 2 a.m. They found Tomlin in their home and moving towards them in the dark with his gun drawn. A gunfight ensued, and Tomlin fell dead as he stumbled into the kitchen. Tomlin, of Pahokee, had an extensive criminal history.

CONSTRUCTION FRAUD
This past November, Delray Beach police charged Douglas Livingston, 42, of Fort Lauderdale, with fraud after his company, Kitchen Pro and Home Team Advantage, allegedly failed to perform remodeling work he was paid to complete.  This week, Livingston was once again booked into the Palm Beach County jail and charged with four counts of grand theft, as well as one count of fraud, according to authorities. In this incident, he was paid more than $100,000 by four other homeowners throughout the county for remodeling work that was never completed.  Book’em, Dano!

POLITICAL APPOINTMENT
Gov. Charlie Crist has narrowed the list of 39 applicants seeking to fill the vacant District 4 Palm Beach County commission seat once held by former County Commissioner Mary McCarty. There are now four finalists for the job. The interviews took place this week. Their names of the finalists had not been released as of press time. McCarty resigned in January amid a federal corruption probe after announcing she would plead guilty to at least one count of federal honest services fraud. The district covers the southern swath of the county, and the appointee will serve until the term expires in Nov. 2010.

SPEED TRAP
A recently completed east/west stretch of roadway that connects Northwest 31st Avenue to State Road 7 in Lauderdale Lakes is getting a lot of users, and complaints. The street does not have any signs that post the speed limit, as drivers enter from the east or west end of the roadway. There are signs indicating the speed limit is 35 miles per hour, but they are located at the midway point. There is also one sign located in the westbound lane, but it is near the stop sign, and is hidden behind a tree. Drivers are receiving speeding tickets before they get to the point where the speed limit is posted. The tickets can cost more than $250 each, and this is unfair, if not unscrupulous. Broward Sheriff’s Office deputies are waiting at the midway point with radar guns, and they are writing tickets to unsuspecting motorists. The speed limit signs are installed by Broward County’s Traffic Engineering Division, which has not returned calls about the lack of signage. I know times are hard, but county officials should put a stop to this scam.

NUT CASE?
Shirley Ybarra, 50, of Sunrise, is being held without bail on felony charges in the Broward County Jail after she was seen by fellow shoppers, and caught on surveillance video, allegedly poisoning jars of baby food. This sickening incident occurred at a supermarket in Tamarac. This nut wore plastic gloves while she mixed a substance that smelled like ammonia. Then, she tainted the baby food and placed it back onto the shelf. When confronted by employees, she claimed she was just mixing food for her son, but her son is reportedly 21. Ybarra is charged with poisoning food or water, according to The Associated Press. Good.

CASH CRUNCH
Broward County commissioners are considering increasing taxes on homeowners to make up a $160 million budget shortfall, and this is an absolute disgrace. This area is facing one of the worst economic downturns in history, and raising taxes on already financially strapped families will only drive more people out of their homes. To his credit, Commissioner Ken Keechl was adamant about not raising taxes at this time. This comes as commissioners begin to put together next year’s budget, and no final decision will emerge until the summer.

FOND FAREWELL
E. Pat Larkins, 66, succumbed this week after a long battle with brain cancer. Larkins was the first black mayor in the city of Pompano Beach, and served on the city council for more than 20 years. Larkins was a good man who set an example of what public service should be. He will be missed, and hopefully others will follow the path of integrity and honor he laid throughout his civic and political career. A public viewing will be held from 6:30 to 7 p.m. on Friday, Feb. 20, at Hopewell Missionary Baptist Church, 890 NW 15th St., Pompano Beach. The home-going service will take place at 10 a.m. the next day, on Saturday, at the church.

TOOTHLESS PANEL
Several people have been appointed to the new Broward County Ethics Commission that voters approved in November, but don’t expect much. The commission lacks the ability to thoroughly investigate complaints, and so far the appointees are all politically active and connected gadflies. It’s good to have some oversight, but unless they have subpoena powers and work closely with local, state and federal prosecutors, it could be a waste of time, but we’ll see.

FINAL CLAIM
The Buckley Towers condominium located on Miami Beach, which sustained heavy damage from Hurricane Wilma in 2005, has won a $20.4 million jury verdict against QBE Insurance. The lawsuit was filed after the insurer refused to pay for the damage claim, stating it was caused by poor maintenance, and that the damage existed prior to the storm.

RAPPER ARRESTED
Luther Campbell, 48, the lead rapper in the group 2 Live Crew, which gained fame and fortune in the 1980s for its raunchy and controversial rap music, was arrested Tuesday for failing to pay child support. He was booked into a Miami-Dade County detention center, and was released after posting the $10,000 he reportedly owes in back child support for one child.

COMMISSIONERS HONORED
After the island nation of Haiti was ravaged by storms and flooding in 2008, there were food shortages that plagued the country. Miami-Dade County commissioners Audrey M. Edmonson and Barbara J. Jordan responded to the crisis by organizing food drives that delivered more than 20 tons of life-saving food to Haiti. On Saturday, Feb. 7, the two commissioners were honored by the non-profit Food For The Poor at the organization’s annual gala in Boca Raton. Well deserved, and congratulations! 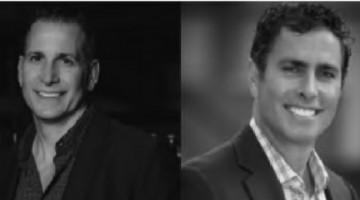 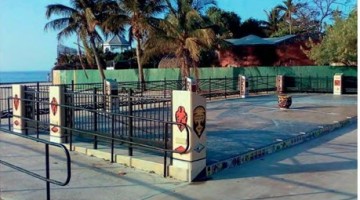