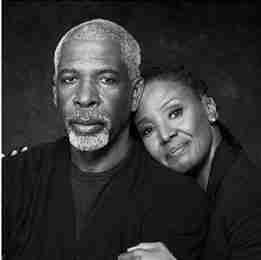 This year, black authors made sure they weren’t absent from the faces that highlighted the Miami Book Fair. From local legends like Marvin Dunn and Jonathan Spikes to international icons like Rita Dove and Terri McMillan, many blacks are making sure they are telling their stories.

Beginning on November 13 and running through November 20, the 33rd edition of the Miami Book Fair, (MBF) is in full swing at Miami Dade College’s (MDC) Wolfson Campus in the heart of downtown Miami.

With three days left to go, there’s still time to enjoy the last few days of the book fair. Some notable highlights for the remainder of the fair include:

THURSDAY, NOVEMBER 17, AT 6 P.M.
In Most Blessed of the Patriarchs: Thomas Jefferson and the Empire of the Imagination, Pulitzer Prize and National Book Award-winning historian Annette Gordon-Reed and Jefferson scholar Peter S. Onuf present an absorbing and revealing character study that dispels the many clichés that have accrued over the years about our third president.

THURSDAY, NOVEMBER 17, AT 8 P.M.
Historian, author, and legal analyst Jeffrey Toobin’s American Heiress: The Wild Saga of the Kidnapping, Crimes and Trial of Patty Hearst is the definitive account of the kidnapping and trial that defined a crazy, turbulent era in American history.

SATURDAY, NOVEMBER 19 AT 12 P.M.
A Morning with Terry McMillan in Conversation with Lisa Lucas: In Terry McMillan’s I Almost Forgot About You: A Novel, the bestselling author of How Stella Got Her Groove Back and Waiting to Exhale tells the inspiring story of a woman who makes major life-changes to find greater meaning. In conversation with Lisa Lucas, Executive Director of the National Book Foundation.

SATURDAY, NOVEMBER 19 AT 1:30 P.M.
Being Black in America: Changing the Dominant Narrative: Washington Post reporter, Wesley Lowery’s They Can’t Kill Us All: The Story of #blacklivesmatter is the first book to go behind the barricades of #blacklivesmatter to tell the story of the young men and women who are calling for a new America. Mychal Denzel Smith, contributing writer at The Nation, a blogger at TheNation.com, and a Knobler Fellow at the Nation Institute, presents Invisible Man, Got the Whole World Watching, in which Smith recounts his efforts to come into his own in a world that denied his humanity. The Cook Up: A Crack Rock Memoir, by D. Watkins, is a riveting look inside the Baltimore drug trade portrayed in The Wire and an incredible story of redemption.

SATURDAY, NOVEMBER 19 AT 4:30 P.M.
Reading Jamaica: Fresh Poetry and Prose: In Garfield Ellis’s novel, The Angels’ Share, a Jamaican father and his adult son travel across the island together in a touching and humorous novel that explores family reconciliation. A-dZiko Simba Gegele’s debut YA novel, All Over Again, is a hilarious and enchanting coming-of-age story about a young boy who goes through the trials and joys of puberty. Tanya Shirley’s latest collection of poetry, The Merchant of Feathers, longlisted for the 2015 Bocas Prize for Caribbean Literature, is full of poems that have their finger on the pulse of contemporary Jamaica in all its exuberance and brokenness. Geoffrey Philp presents from his forthcoming collection, Letter from Marcus Garvey. Moderated by Kellie Magnus.

SUNDAY, NOVEMBER 20 AT 11 A.M.
Racial Terrorism in the United States of America: Patrick Phillips’s work of historical nonfiction, Blood at the Root, is a sweeping American tale that spans the Cherokee removals of the 1830s, the Reconstruction, the crushing injustice of Forsyth, Georgia’s racial cleansing, and uncovers a history of racial terrorism that continues to shape America in the 21st century. Grace and Justice on Death Row: A Race Against Time to Free an Innocent Man tells the story of Alfred Dewayne Brown, who spent over twelve years in prison for a high-profile crime he did not commit, as told by his lawyer, Brian Stolarz. Beth Macy’s Truevine: Two Brothers, A Kidnapping and A Mother’s Quest: A True Story of the Jim Crow South recounts the true story of two African-American brothers who were kidnapped and displayed as circus freaks, and whose mother endured a 28-year struggle to get them back.

Space is limited for ticketed events. Early registration is encouraged. For more information and a full schedule of events, visit www.miamibookfair.com, call 305-237-3528 or email wbookfair@mdc.edu.