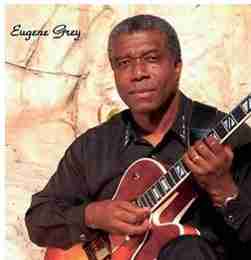 FORT LAUDERDALE, Fla. – A multimedia production featuring a cast in period costumes beginning with the early Jamaican music called Mento popularized by such artists as Lord Flea, Count Lasha, Harry Belafonte and other musical pioneers is coming to Ft. Lauderdale. The action also includes the early American music scene with the songs of Louie Jordan, Fats Domino, Roscoe Gordon and Frankie Ford. The show culminates with a tour of Jamaican music’s evolution from ska to rock steady to reggae. Rootz of Music, Inc. is presenting American Roots of Jamaican Music: The Legacy in the Amaturo Theater at the Broward Center for the Performing Arts on Sunday, Sept.4 at 7 p.m. The benefit for the non-profit organization chronicles the development of popular songs in Jamaica and the Americas from the mid-1940s to the present and features Rootz of Music Co-Founder and Executive Director Eugene Grey, a world-traveled jazz guitarist, arranger, composer and music educator.

One of the goals of the organization is to preserve the historic story of Jamaica’s popular music through a series of presentations at various middle and high schools as well at SOS Children’s Villages – Florida Inc. All proceeds will benefit Rootz of Music programs for music education for youth in under-served communities.

The concert is presented as part of the Broward Center’s Arts Access Program, which assists community-based organizations in presenting arts and cultural performances at the Broward Center. The program provides technical assistance and marketing support to local community groups enabling them to develop and build their audiences. Arts Access has collaborated with nearly 50 performing arts companies, nonprofit organizations and cultural and community groups to present all genres of the performing arts including music, dance, theater, poetry and comedy. Tickets are $40 and available at Broward- Center.org or

Ticketmaster.com; by phone at 954.462.0222; in person at Ticketmaster outlets or the Broward Center’s AutoNation Box Office. The Broward Center for the Performing Arts is located in the Riverwalk Arts & Entertainment District at 201 SW Fifth Avenue in Fort Lauderdale.