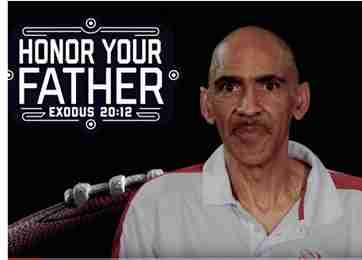 The Fatherhood CoMission and the Christian Worldview Film Festival (CWVFF) have partnered to hold the second annual “Honor Your Father” short film contest. The two groups urge filmmakers to use inspiration, humor or drama in short films to promote a Biblical perspective of fatherhood, sharable on social media and appropriate to play in churches leading up to Father’s Day.

Filmmakers of all ages and backgrounds are invited to create a short film or submit an existing short film that meets the contest criteria to www.cwvff.com/fatherhood.

“Imagine the national and global impact if every fathering/family organization, church, pastor were preaching the same message this Father’s Day – ‘Honor Your Father’ – a simple, scriptural and relevant way to help Dads and those they impact,” said Stephen Kendrick, Fatherhood CoMission board member and film producer.

Submissions must be received by Monday, January 30, 2017. Finalists will be showcased at the 2017 Christian Worldview Film Festival in San Antonio, March 16-18, 2017 and the winners revealed at the awards ceremony on Saturday, March 18, 2017. Finalists and winners will also be showcased in the 2017 Fatherhood CoMission’s “Honor Your Father” campaign.

The goal of this competition is to create a compelling short film that champions fatherhood. For years TV, movies and other media have portrayed fathers as feckless targets of ridicule, devaluing the role fathers play, stripping them of honor. We will recognize and reward talented filmmakers whose work can reverse that trend.

• Film submissions should be one to three minutes in length, and should be submitted via digital download by January 30, 2017. Filmmakers can visit www.cwvff.com/fatherhood/ for submission guidelines and to register films online.

• At least 10 finalists will have their short films showcased at the 2017 Christian Worldview Film Festival and be used in the annual “Honor Your Father” campaign, which is organized by the Fatherhood Comission.

• 2016 finalists and winners can be at viewed www.honoryourfathertoday.com/videos

• Awards for this contest will be presented during the CWVFF awards ceremony on March 18, 2017.

For information on the Fatherhood CoMission Honor Your Father campaign, visit www.HonorYourFatherToday.com.