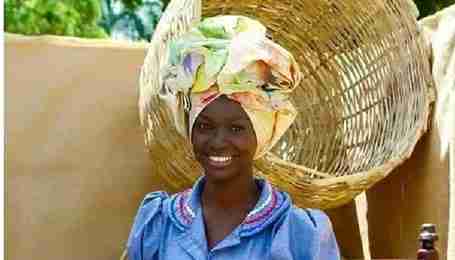 With a large Haitian population, North Miami will host a month of events to celebrate Haitian Heritage Month

NORTH MIAMI, Fla. – May is Haitian Heritage Month and the City of North Miami is taking note. Throughout the month, the city will host a variety of free events and activities focused on Haitian culture, history, traditions and cuisine, while also showcasing Haitian American entertainers and entrepreneurs.

Themed, “Nou Se Ayiti,” which translates to “We Are Haiti,” North Miami’s 2017 Haitian Heritage Month Celebration kicked off on Monday, May 1, with an Opening Reception from 6-8:30 p.m., at MOCA Plaza. The reception featured food native to several regions of Haiti, live music and a performance by the Haitian American dance company, Ricky Danco.

An Art Exhibition Opening will take place at the North Miami Public Library on Friday, May 12, at 6 p.m. The month-long exhibit will feature the work of Haitian photographer, Conrad Schutt, titled, “Through the Eyes of the Malfini.” Schutt will be present at the opening to greet guests. This event will include light refreshments and live piano music by Evan Etienne. It is sponsored by the Friends of the North Miami Public Library.

Thursday, May 18, is Haitian Flag Day. From 5 p.m. to 9 p.m., the city will mark the occasion with the Annual Haitian Flag Day Festival at MOCA Plaza, located at 770 NE 125 Street in North Miami. This year’s Flag Day celebration will feature food, music by Rara Lakay and a comedy show by well-known South Florida-based comedy group HaitianAmerican Productions (HAP).

The city’s Haitian Heritage Month Celebration will wrap-up May 26 with the monthly Jazz at MOCA Concert Series, featuring live music by The Haitian Jazz Roots Project. The concert begins at 8 p.m. at MOCA Plaza.

Previous post Your Digital Life: Will it live on after you’re gone?