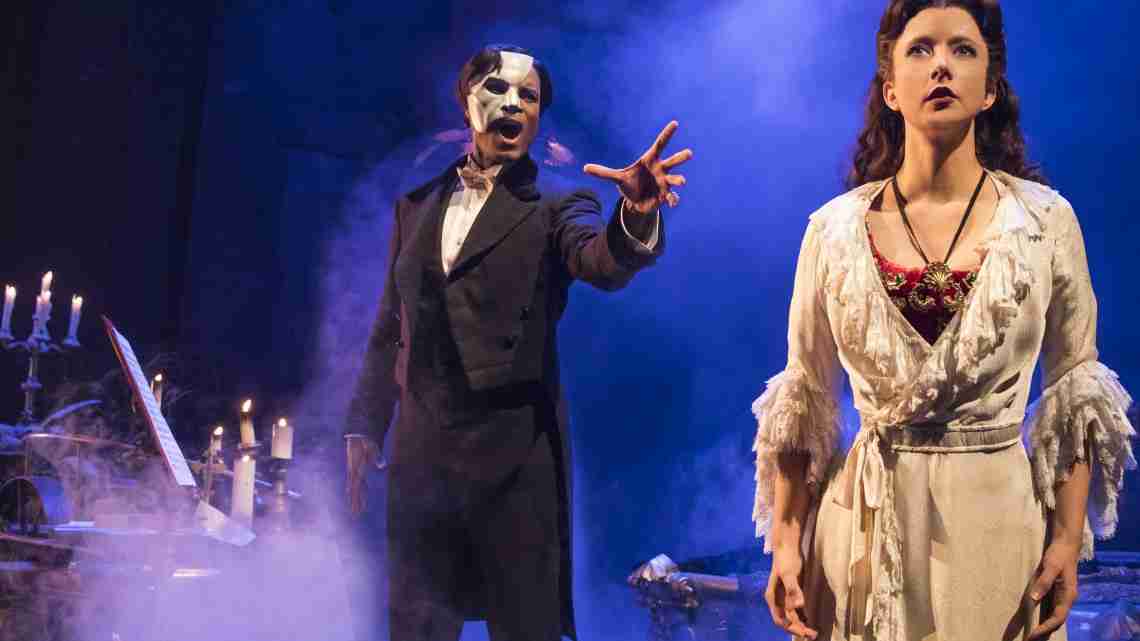 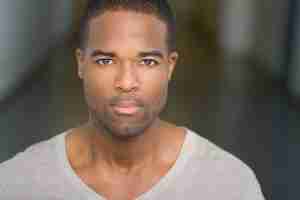 WEST PALM BEACH, Fla. – When Derrick Davis was 11-years-old, he fell in love with theatre after his parents took him to see his first Broadway production – Andrew Lloyd Webber’s award-winning classic, “The Phantom of the Opera.” Now almost three decades later, Davis has come full-circle as the first man of African and Latin descent to play the role of the Phantom in the production’s 30-year history.

“I feel fantastic. … I’m honored and I’m humbled by the opportunity. I’m also so grateful to Andrew Lloyd Webber, Cameron Mackintosh, Laurence Connor and the entire team for seeing past color and seeing straight to the heart of the gift and the talent and the drive and giving me the opportunity to do it,” Davis told the South Florida Times.

His talent will be on full display for South Floridians when the North American leg of the 25th Anniversary Tour of the production comes to West Palm Beach’s Kravis Center, March 23 through April 1.

According to Davis, the story of the Phantom’s obsession with the beautiful Christine Daaé has gotten more than a new cast; the audience can expect the iconic music of Webber, the beautiful original costumes by the late Maria Björnson and the same soul-stirring story with greatly enhanced sound, lighting, set design, pyrotechnics and more thanks to modern technology.

“Expect to be wowed, thrown and caught off guard a couple of times. Expect the unexpected,” Davis laughed.

Davis – who began singing in church when he was six-years-old and acting in musicals as a fourth-grader – is also a composer and producer. He has starred in “The Lion King,” “Dreamgirls,” and other productions as well as released several music albums.

He describes his Phantom character as beautiful, complex, profound, human, relatable and realistic.

“This character’s emotions are so heightened … This I believe has been the hardest character that I’ve had to play. It’s emotionally taxing and it’s a commitment. From the very beginning of the show, straight through to the end of the show whenever I’m on the scene, there’s something usually pretty dramatic happening,” Davis said. “I love it because I love to work. I love to create and I love intense emotion so to be able to play this role has just been a Godsend.”

He said putting his experience playing the Phantom into words is difficult.

“It’s hard to put it into words. It’s been so many things. It’s been a growing experience for me as an actor … an eye-opening experience to be in a touring company and to see my country from my own eyes, not from the media’s eyes or somebody else’s story,” Davis said. “The role is so iconic. It’s been such an honor and a pleasure to be able to get on the stage and tell this story in a way that’s relatable to the world and still is true to my version on the Phantom in my mind.”

When he first took the role, Davis said he was unaware of how similar the character was to his actual personality. Citing the Phantom’s experience with unrequited love, hiding parts of himself from society to be accepted and keeping to himself a lot, Davis said he was surprised to find he and his character were so similar in so many ways.

“I think that there are similarities between humanity and the Phantom and that’s why the show has had such incredible success and longevity,” Davis said. “Though the Phantom is a very fantastic character, he’s very normal at his core.”

As an artist of color, Davis said he feels he has a responsibility to impact lives beyond the stage. That’s why he said he hosts talk backs, master- classes and goes home at least twice a year to speak at local high schools and colleges. He also makes himself really accessible via social media and prioritizes getting back to anyone who reaches out with questions.

“As many things as I can do to give back and help people move forward, I’m down for it,” Davis said. “I try as much as I can, as much as my schedule permits me … to find time to give back.”

His future aspirations include continuing to do Broadway, originating a new role in a show that hasn’t been done, doing television and film and opening a rehearsal and lessons center for performing artists in New York.

In the meantime, Davis encourages everyone to come and see the show when it comes to the Kravis Center.

“Come see the show. It’s incredible. Even if you’ve seen it before, you’re not expecting what you’re going to get. … It really isn’t something you should miss,” Davis said. “It is one of those events where people will be talking about it and you will be kicking yourself if you’re not in the seat to see it.”

IF YOU GO:
WHAT: THE PHANTOM OF THE OPERA NORTH AMERICAN TOUR

WHEN: March 23 through April 1

CONTACT: For more information or to purchase tickets, visit www.kravis.org