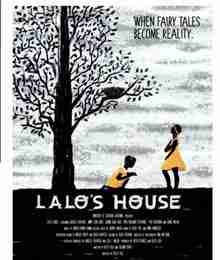 The film, Lalo’s House, will be discussed at “Conversation With…” on March 23

MIAMI – “Lalo’s House” focuses on the relentless courage of Manouchka, an 11-yearold Haitian girl, kidnapped with her little sister Phara, for an unfortunately common reason in Haiti: the two girls happened to be at the wrong place at the wrong time.

“Lalo’s House” was executive produced by Garcelle Beauvais and Lisa L. Wilson and directed by Kelly Kali, who will be on hand to discuss the movie at this month’s edition of “Conversation With…”

The event will include a public screening of the story that “reflects the identity and paradoxes of Haiti nowadays, as it plays at the border between documentary and fable, terror and innocence, between the relentless destruction and the unsinkable hope,” according to the film’s website.

Held the second Friday of each month, “Conversation With…” is an educational event that provides a forum for the community to delve into relevant issues. The social aspect of the event provides professionals an opportunity to network and expand their connections in South Florida.