David and Tamela Mann have been making us laugh for years, but they’re serious about God’s business 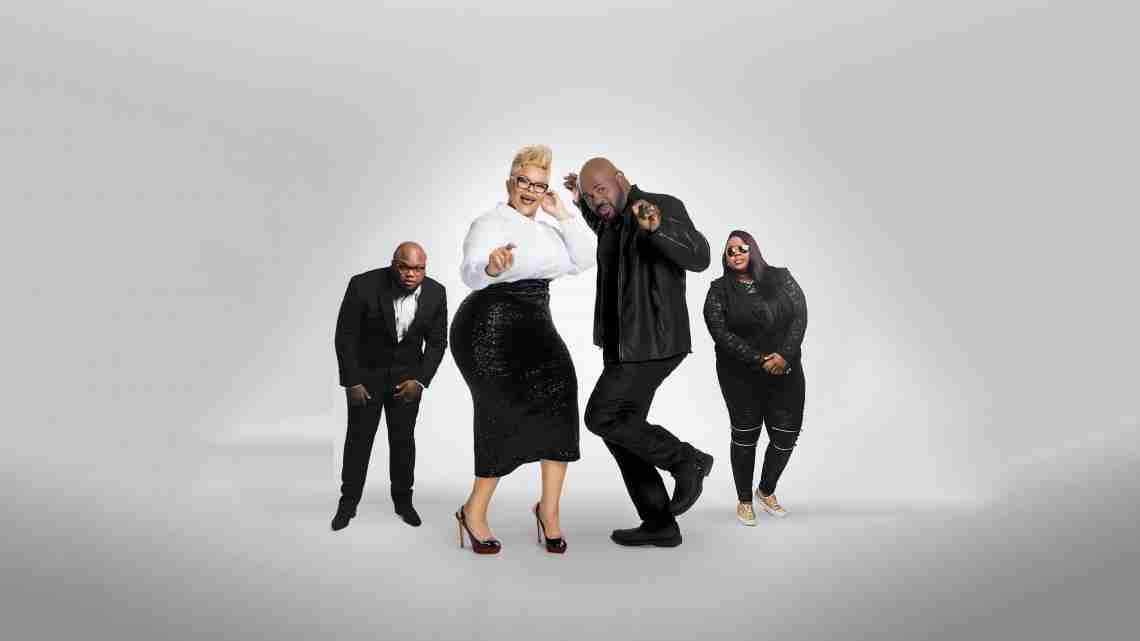 MIAMI — For more than two decades, David and Tamela Mann have been using their talents to touch audiences across the world – and they’ve done it without shying away from their Christian faith. In fact, their love for Jesus has been embedded in the Mann’s brand since the beginning.

The powerhouse couple began their careers as members of gospel icon Kirk Franklin’s group “The Family” and transitioned to starring in plays in the late 90s when Tamela was discovered by Tyler Perry.

Over the years, the couple have appeared in numerous movies, plays and television shows, including several of their own namesake series like “Mann & Wife,” “It’s a Mann’s World”

and “The Manns.” The latter two are reality shows that offer a more in-depth look at the Mann Family as a whole.

Now, for the first time ever, the family America has come to love like their own will bring the “Mann’s World Family Tour,” an all-inclusive concert and comedy show, to South Florida.

On Friday September 1, audiences at Miami’s James L. Knight Center will have the opportunity to experience David’s hysterical brand of comedy, Tamela’s beautifully anointed, awardwinning voice and the unique talents of some of their children all in one sitting.

In an exclusive telephone interview with South Florida Times, the couple said the show is unlike anything they’ve ever done.

They admitted initially they weren’t sure how the show would be received, but said so far the response has been tremendous.

“When you put something out like this you’re nervous because you don’t know how people are going to receive it because it’s different. It’s a mixture of a big party, a big family reunion, it’s a comedy show, it’s a concert,” David said. “We saw how people were responding … you can tell when you played their song or when you tell a joke that they really can relate to. It was like wow they get it, they get the vision.”

The couple said some of their most memorable moments on the tour include a woman bringing a full chicken strip dinner, complete with drinks, to the altar when David was telling a joke about plus sized people coming to the altar with their snacks and repenting; as well as a couple running to the altar and laying there for a long time while Tamela was singing her signature hit, “Take Me to the King.”

“She felt like she was gon’ be hungry and it was gon’ be a long night. She was ready,” Tamela quipped. “I just got her box and I ate some of her stuff right there on stage,” David laughingly shared. “He bit her chicken. I was like David Mann,” Tamela said. When asked how they remained humble while balancing their demanding schedules and remaining a close knit family, the couple said they are motivated by their desire to please the Lord.

“Our first goal is ministry and to be able to get the message out … and just to really be an example because a lot of people may not read the Bible and we may be the only Bible that they see,” Tamela said. “We just try to reflect and show love and treat people like we want to be treated. We enjoy doing it. We’re just really trying to be pleasing to our heavenly Father. We just want to be caught doing all that we can to win as many as we can for the kingdom.”

“Whatever task is at hand, we give it our undivided, full attention. Like right now we’re concentrating on the tour so we can give the people that paid their hard earned money that come out to the tour the best that we have,” David added. “We never want to cheat or rob the people and assume that they’ll be alright if we just give them something mediocre. We want to give the spirit of excellence every time.”

“A lot of people think, just funny,’ but behind the scenes they’ll be surprised at my business knowledge,” David said.

“David is always pushing us … He’s always working 24/7. When everybody else is sleep his brain is working,” Tamela added.

They said they always pray and ask God for direction when it comes to their endeavors and refuse to compromise their beliefs for money.

“We want to be encouraging, we just don’t want to be putting music out to a beat. We want to make sure that we’re coming with some kind of messages that can help people,” Tamela said.

“If it’s something that’s gonna compromise our integrity and what we believe in, we just have to say no,” David said. “There’s been some very lucrative stuff that’ll come across that people will look at financially and say why not, but when you look at it from an integral standpoint, it’s like n’all, I can’t do that because it totally compromises everything that we believe. There are moments that you just have to say Lord you provide the way because I’m turning all this down.”

Their ultimate goal is to leave a legacy that brings the Lord glory by paving the way for and encouraging others.

“At the end of the day if I can look back and I left a legacy that brought more people to the kingdom, and I didn’t cause confusion to the kingdom and to people; and my grandkids and their family members can say we were proud of him for setting it up for us then I think I’ve done my job,” David said.

“We just want to encourage people that it’s never too late until you’re dead. Whatever that dream or goal (is) that you have, it still can be reached. With God all things are possible and you have to believe,” Tamela added.

Next post Trevor Noah among nominees for Thurber Humor Prize