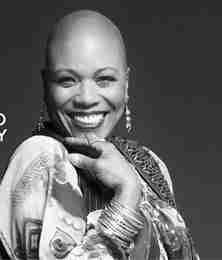 Jazz great, Dee Dee Bridgewater will join Joey Alexander for the Jazz Roots concert at the Arsht Center on Jan. 12.

The Adrienne Arsht Center for the Performing Arts of Miami-Dade County has announced that Dee Dee Bridgewater will replace Ramsey Lewis as co-headliner for the upcoming JAZZ ROOTS concert Friday Jan. 12. She will join 14year-old piano sensation Joey Alexander on the bill.

Ramsey Lewis was admitted to the hospital for minor surgery on Dec. 29 and is currently home recuperating. He is expected to begin performing again in February.

“Ramsey Lewis has been a fan favorite and avid supporter of the JAZZ ROOTS series. We wish him a speedy recovery and look forward to having him back at the Arsht Center in the near future,” stated Liz Wallace, vice president programming for the Arsht Center. She further stated, “We so appreciate that the sensational Ms. Bridgewater has been able to find time in her busy schedule to join us for this concert. It is a gift. Audiences at the Arsht Center have loved her previous JAZZ ROOTS performances -Jazz Meets Gershwin and the Movie Music of

Spike Lee and Terence Blanchard. We are in for a treat with Dee Dee Bridgewater’s Memphis; this is going to be a party. I know our Miami audience will greet her with open arms.” An homage to the music of Memphis, her hometown, the concert will recapture the magic and history of blues, R&B and soul classics with Bridgewater’s own fierce passion, originality and incredibly dynamic take. Bridgewater is an icon in the jazz world. She is a three-time Grammy Award winning vocalist, a Tony Award winner, UN Goodwill Ambassador and 2017 NEA Jazz Master honoree. Her latest album “Memphis…Yes, I’m Ready” was released in September 2017 to great critical praise. The highly anticipated recording was in the works for several years as she returned to her birth city to continue the musical exploration of her roots and influences. In a recent NY

Times feature written about her appearance at New York’s Blue Note, it is reported she opened the set with a short, half-rapped opening statement: “I’m 67 years old, I’m happy to be, and I have decided to do a record that is for me… I hope that you will enjoy yourself. Welcome to my party.”

JAZZ ROOTS: DEE DEE BRIDGEWATER AND JOEY ALEXANDER takes place January 12, 2018, as previously announced, at 8 p.m. at the John S. and James L. Knight Concert Hall. A limited number of tickets are still available for purchase through the Adrienne Arsht Center Box Office at 1300 Biscayne Blvd., online at arshtcenter.org/jazz or the Box Office at (305) 949-6722.