DIAMONE INSPIRES with new ‘Between the Moment’ EP 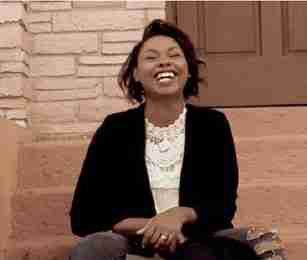 Diamone (pronounced ‘Diamond’) is a name you might want to remember because this is likely not the last time you will hear it. On November 4, the Miami-based singer-songwriter released her first EP, ‘Between the Moment’ and its making quite a stir. But don’t let the word ‘first’ fool you, the gifted artist is no rookie to music.

Originally from Dallas, Texas, Diamone has been singing since she was five and penned her first song at age seven. Even at an early age, she knew that music was a part of her.

“I always wanted to be a singer. I don’t think I knew fully what that meant for a while, but college is when my eyes started to open,” Diamone told the South Florida Times. “Music was just how I got out what I was feeling. It helped me make sense of the world and what I was learning and what I was seeing. I would write a song and then I could go face the day.”

With 16-years of performance experience, a Bachelor’s Degree in Vocal Performance from Texas Women’s University, nine years of teaching experience, five years as a worship director and collaborations with Stellar, Dove and Grammyaward winning artists Lecrae, Tedashi, Trip Lee, Flame, Sho Baraka and Ben’jah – it seemed like Diamone should already be a household name.

But she says her family taught her to dream big, but dream realistically. She credits that foundation with helping her prepare for the practical side of life and not just what she calls ‘the pretty side of artistry.”

That’s why Diamone took a hiatus to give attention to some of the most important roles she plays in life. In addition to being a gifted artist, Diamone is the wife of Pastor Muche Ukegbu and mother of their three children – sixyear-old Serenity, four-year-old Joelle and three year-old Noah. Add to that being a church planter and founder of the Render Network, a creative and consulting worship group, and it’s clear that during her pause from music, Diamone went full throttle at life.

“When people say hiatus, they think of a pause and I just say my pause was very full,” Diamone said. “In 2013, we asked God where He’d have us for the next 20 years. We wanted a city that had international influence, where we could reach colleges and a city that would fit us – a family. When we prayed through multiple cities, Miami kept opening doors,” Diamone said.

So in August 2014, Diamone and her family left Blueprint Church in Atlanta where they were founding members and moved to Miami to plant The Brook Church. Their main goal: to spread the gospel in a way that identifies with diverse culture.

It was during the transition to Miami to plant The Brook that Diamone met a group of people who would help her find and define her voice again.

“After a lot of soul searching, I realized that it was time. God has called me to be a wife and He’s called me to be a mother and those things are never going away,” Diamone said. “Music is a part of me. I needed to know it wasn’t me, but it is a part of me. Music is a language of the heart. You can express and declare what you believe. I felt like I still had something to say, to give and to embrace that music will always be a part of my life,” Diamone said.

On the EP, Diamone shares her heart. Her voice has a distinct richness that the sum of her experiences must bring. She admits between date nights with her husband and prepping her kids for school, she has her moments. Her message is its okay to have those moments as long as those moments don’t ultimately have, and keep, you.

“I may not know what in the world is going on right now, but I feel something. I have a thought about something. In between the moment where I have to make a decision and respond, I just need to feel and to let it be what it is. If I’m pissedoff, I just have to be pissed-off and process through that,” Diamone said.

To hear for oneself what Diamone has to say, attend her free EP Release Party featuring Stef Silva and Sho Baraka on Saturday, November 12 at 6 p.m. at The Gangway, located at 5555 N. Federal Highway in Ft. Lauderdale.

Don’t be surprised if she’s not quite what you expected. Diamone has decided to leave fear at the door and embrace all of who she is, even if it doesn’t fit neatly into a predetermined box.

“My goal is to find my lane and run it. I’m married. I’m what the South would call a pastor’s wife and those things seem like they should pigeonhole me in one way, but I just want to choose my identity as a woman, a believer, a wife and a mom, and just run as a musician,” Diamone said. “I don’t want to shrink back or operate in fear. This is my lane. This is the truth of what I feel and what I struggle with and this is the truth of hope. At the end of the moment there is hope.

IF YOU GO
WHAT: Diamone’s Between the Moment EP Release Party