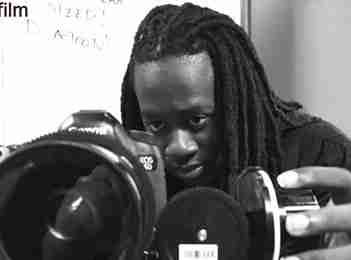 MIAMI – Even though Elijah Wells is only 19-years-old, the young filmmaker is a veteran in the game. Boasting projects with industry icons like Robert Townsend and the late actor Thomas “Tommie” Ford, Wells has a filmography that outnumbers his years.

Last year the young phenome decided he wanted to help other youth succeed in the entertainment industry. So he planned and hosted an indie youth film festival through his namesake company, Elijah Wells Films. Now Wells is bringing the event back for its second year and looking to make it bigger and better.

“Last year we had almost 300 kids come out. The first year is always your test year.

The second year is what you learned from the first year,” Wells told the South Florida Times in an exclusive interview. “Last year all our films were local films from Miami or right outside Miami. This year we’ve gone international and now we have films from Nigeria, India, Russia and China. We crossed the borders of the United States.”

“We’re bringing in heavy hitters like Romeo Miller because kids relate to him. They can look at him and say Romeo started my age and look at where he is now,” Wells said. “I just want these kids to realize anything is possible. It doesn’t matter your age. If you dream about it you can make it happen. I want youth to be more excited, more motivated and more hungry for the film industry.”

Wells and his team put out a call for submissions for a short film contest for young filmmakers at the end of last year. Categories include: documentary, web series, short film and narrative.

To date Wells said they have received over 100 submissions in each category. Though the call closed on May 14, Wells said submissions are still trickling in.

“We want to be strict about our deadline, but we are still receiving films,” Wells said, sounding as if it pained him to not accept anyone’s submission.` In addition to featuring celebrity guests and the short films of four finalists, the festival will include a Blue Carpet Ambassador’s Brunch and Blue Carpet Award Show, where two recipients will receive The Elijah Wells Youth Filmmaker Scholarship.

Wells, who is currently working towards his Bachelor of Fine Arts at New York Film Academy in Manhattan, said he wants to provide a space where young filmmakers can have their craft taken seriously.

“I’ve always had a passion for film since I was 6 or 7, but I didn’t start making films until I was 12-years-old. Being a young filmmaker and going to different film festivals, I was always the youngest one. There was never a kid my age. It was always men or women in their 40s or 30s,” Wells said. “I could talk the lingo, but sometimes I would ask about collaborating on projects and … some of them would just brush me off. … I really started it (EWYIFF) so the youth can have a platform for themselves and also feel comfortable in an environment with their own peers, people their same age, have a dialogue after the festival and work together on projects.”

The winner of the festival will receive a $500 sponsorship to go towards their next project. Wells hopes all youth who dream of being in the industry will take a cue from him and pursue their dreams.

“At this day and age it’s easy to create content … The (old) norm of needing the best cameras or greatest equipment no longer applies. There are people who shot movies on their phones and now they are working in Hollywood,” Wells said. “If you have a solid idea you love, write it down, shoot it and manifest it into something great. I’m just still living my dream. Everyday I’m learning new things. When I’m on set it’s not work for me. It’s fun. I love doing it and I want other kids that are interested in it to know that it’s not a hard road to go on if you believe in yourself and are passionate. Just make it happen.”

Admission to EWYIFF is free, but registration is required. Visit www.ewyiff.org for more information.