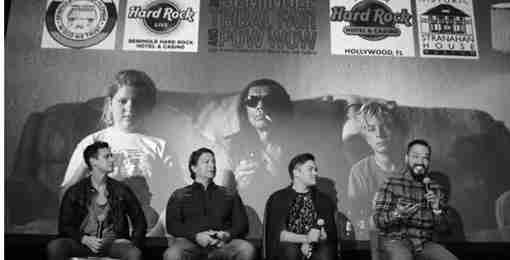 FORT LAUDERDALE, Fla. – Everett Osceola, the cultural ambassador for The Seminole Tribe of Florida, was awarded a $50,000 grant through the John S. and James L. Knight Foundation’s 2016 Knight Arts Challenge in Miami. The funding will be used to support the annual “N8tive Reel Cinema Festival,” the first Native American film festival in the southeast United States.

The foundation’s Knight Arts Challenge funds ideas that bring South Floridians together through the arts. The N8tive Reel Cinema Festival, which was founded by Osceola, was recognized for highlighting the words and works of indigenous peoples and providing an in-depth look into Native culture and tradition through cinema.

“This generous funding will put the N8tive Reel Cinema Festival on the map,” Osceola said. “We can expand our youth programs and bring the works of unknown Native talent to the general public. I know this grant will help make our vision a reality.”

A collaborative effort between the Seminole Tribe of Florida, Seminole Hard Rock Hotel & Casino, Seminole Paradise and the Historic Stranahan House Museum, the inaugural festival took place in February 2016 at the Hard Rock during the Annual Seminole Tribal Fair and Pow Wow.

Emerging from nearly 1,000 submissions, N8tive Reel Cinema Festival was one of 68 finalists in the Knight Arts Challenge Miami. The winners of challenge will receive a combined $2.5 million to fund their respective projects. Since 2005, Knight Foundation has invested $122 million in South Florida’s arts, supporting both large institutions and smaller, grassroots groups alike.