Four Tops to perform at Magic City Casino in Miami 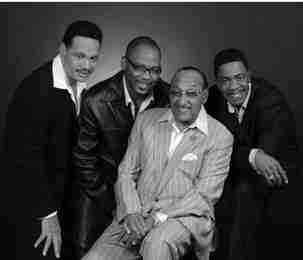 MIAMI – The Grammy award-winning Four Tops will present a Moconcert at 8 p.m. on Friday, 28 at Magic City Casino from 305.

“We can’t wait to see the Four hit the stage! These Motown will show the audience fantastic time and remind us their music never goes out of style,” said Scott Savin, Chief Operating Officer of Magic City Casino. “The audience won’t be able to help itself and will dance along to each one of these timeless tunes.”

Ranking with The Temptations and The Supremes, the Four Tops amassed a large fan base around the world during the 1960s with hits including “Ain’t No Woman,” “I Can’t Help Myself (Sugar Pie, Honey Bunch)” and “Reach Out I’ll Be There.”

They were inducted into the Rock and Roll Hall of Fame in 1990 and earned a Grammy Lifetime Achievement award in 2009.

The concert is open to all ages. Tickets start at $25. VIP Tables are available for $500 and include seating for four. For more details, visit www.magiccitycasino.com or call 844.234.SHOW.