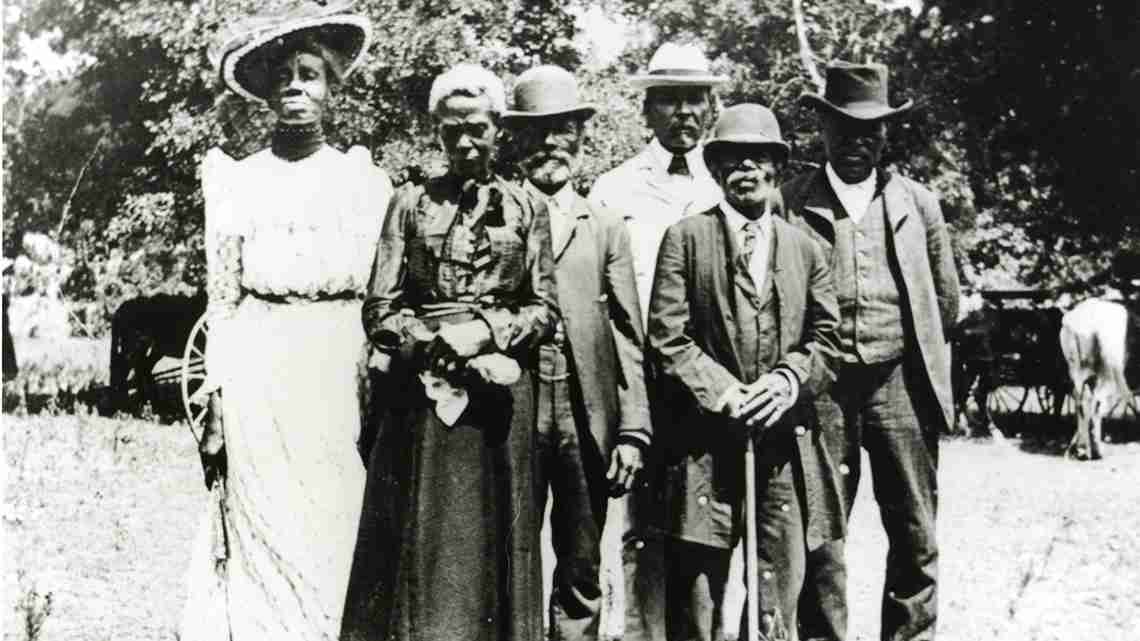 MIAMI — From the back seat of his aunt’s brown Chevy station wagon, D. L. Powell was mesmerized by  the variety of  license plates on the cars lining up for the annual Juneteenth celebration outside the park in  Mexia, Texas.


“It would be amazing,” Powell said of his childhood memories of Juneteenth – a holiday that initially commemorated the official end of slavery in Texas.


Although President Abraham Lincoln issued the proclamation ending slavery in the United States on Jan. 1, 1863, the news did not officially reach Texas until two and a half years later – on June 19, 1865.  Celebrations sprang up spontaneously and the newly freed slaves coined the term “Juneteenth.”


“As a little boy, I knew that all the black people took off work on Juneteenth,” said Powell, now pastor at New Shiloh Missionary Baptist Church in Miami Gardens. “There was always a celebration in the black community just as big as the Fourth of July. “


Powell, 55, recalled how he and his sister would wake up early for the nearly 60-mile trip along Highway 287 from their hometown in Palestine in east Texas to Mexia, noted as one of the first cities in Texas to popularize the Juneteenth gatherings.


Powell said he was fascinated by the thousands of people who packed the city and its park and lake each year.
“Oh, man, there was some of everything there,” Powell said. “There were barbecues, music, family groups and family reunions, community groups, worshipping settings and areas for dancing.”


After leaving Texas in 1977 to join the military at age 18, Powell discovered Juneteenth had limited reach. “I remember saying to friends, ‘Hey, it’s Juneteenth,’” said Powell, who ended up schooling them about the historic holiday.


“The main thing is letting people know about Juneteenth and giving them information,” Ellison said. The  program will feature food, vendors, speakers and entertainment and will be held June 28 at the Grand Banquet Hall in Miami Gardens.
While New Shiloh is sponsoring its first Juneteenth program, New Mount Olive Baptist Church in Fort Lauderdale started its observance about 20 years ago, said Eddie Robinson, who is in charge of this year’s celebration.


“It’s not a whole lot of places that celebrate it, which is one of the reasons why we keep doing it,” Robinson said. The two churches’ observances are part of a scattered number of Juneteenth events taking place around South Florida.


From a “gumbo social” at the Old Dillard Museum in Fort Lauderdale to a sunset celebration at the Spady Museum in Delray Beach, to a community awards ceremony at the Little Haiti Culture Center, Juneteenth observances are being held to educate the community and commemorate the historic significance of an event that is catching on throughout the country as an African-American Emancipation Day, organizers say.


“We bring out the fireworks for the 4th of July and have picnics. Why not do it for a part of our history?” said vonCarol Kinchens. An administrator at the Model City and Coconut Grove Neighborhood Enhancement Team (NET) office in Miami-Dade, Kinchens is working on her 13th NET Juneteenth celebration, an awards ceremony that will recognize agencies and individuals who help children in the community. The June 18 affair will be held at the Little Haiti Cultural Arts Complex in Miami.  “It is important to recognize the significant events that took place in our culture and Juneteenth is one of them,” said Charlene Jones, museum director at the Spady Museum in Delray Beach.


Juneteenth festivities started about four or five years ago as a cocktail party fundraiser for the museum which preserves African and African- American history in Palm Beach County. But this year the June 20 event also will include  an educational component about Juneteenth, Jones said.


The Dillard Museum in Fort Lauderdale also has been a frequent sponsor of Juneteenth activities but seven years ago, curator Derek Davis said, he was committed to making it an annual event.


For artist and preservationist Dinizulu Gene Tinnie, Juneteenth makes a perfect link to his annual “Sunrise Ancestral Remembrance of the Middle Passage” at the Historic Virginia Key Beach in Miami. The event, now in its 23rd year, pays tribute to the Africans who either survived or perished during the dangerous crossing of the Atlantic Ocean during the slave trade.


“As the summer and the fertile season begin, we pause to remember how we got here,” Tinnie said. “They were human beings with names and histories. They gave us the gift of life.”

Next post Islanders for Crist Get out the Vote