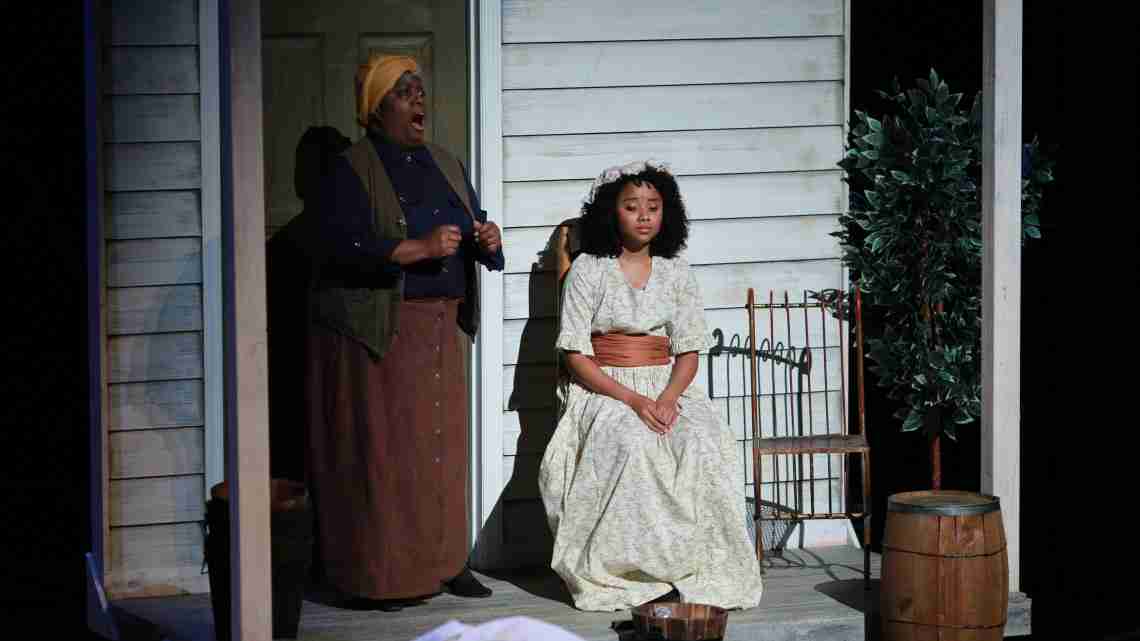 MIAMI – In an effort to celebrate strong women during Women’s History Month, Miami Native Jaye Elle and her Incidents Play team have brought Harriet Jacobs’ 1861 slave narrative to the stage.

Playing every weekend this month at the Little Haiti Cultural Complex, Elle’s adaptation, entitled “Incidents in the life of a Slave Girl: A Play,” features a cast of 22 talented men, women and children from he South Florida area whom Elle describes as “rich in gifts om God.”

“I wouldn’t be able to do this without the cast … They are amazing. They are beautiful.

They are talented. It’s a blessing to have them on this production,” Elle said.

Jacobs’ narrative candidly portrays her remarkable experiences in slavery. Born in 1813 in Edenton, North Carolina, Jacobs’ wrote she began life as happily as a slave could. However, after her ‘kind mistress’ ho taught her to read and rite died, she was willed to home relatives and constantly tormented by her new master.

Finding no other way to escape his unwanted advances, he went into hiding in a small cramped attic for nearly seven ears at her grandmother’s house, remorsefully forsaking er children and other loved ones.

Elle’s adaptation tells Jacobs’ story in her own words interwined with rich Negro spirituals and rhythmic choreography. Though some facts of Jacobs’ story are changed in the play (i.e. In the narrative her cruel master is her mistress’ father, yet in the play he is her husband), it still shows the resilience and tenacity Jacobs had to display to eventually escape slavery.

Actress Sh’Kia Dennis, 26, plays a compelling Jacobs (called by her pseudonym Linda in the play) who tells her story through well-delivered dialogue and beautiful singing. Though ‘Incidents’ is her first lead role, you wouldn’t know it based on her performance. Dennis’ portrayal of Linda is beautiful and brilliant, making it evident why her master is enchanted with her.

Dennis said she took the role because, though she has acted in several plays, she’d never starred in one that touched on slavery, black history and showcased a woman’s struggle to become free.

“I consider myself to be very, very attached to the historical aspect of African American culture and I love learning about that time period so it was very exciting to me,” Dennis said. “When I got to read up on who I was playing, Harriet Jacobs, she was just a phenomenal woman. She instills a lot of bravery in me and I felt like I could relate to this character and learn a lot from her. Her resilience to become free could be applied a lot to what we want to do today.”

Another stand out performance comes from Regina Hodges, whose 30 plus years of acting experience – including parts in Robert Townsend’s movie “Playing For Love” and the TV drama “Rosewood” – are on full display when she commands the stage as Linda’s grandmother Martha, affectionately called Grandmammy. She cites her love for history, Jacobs’ story and the essence of who Martha was as her reason for taking the role.

As a grandmother herself, Hodges said she could identify with Grandmammy’s unconditional love for her children.

Hodges said she enjoyed being able to “talk junk to master” in her role as a free woman, but noted that black women walked with dignified strength even while enslaved.

“It was just such an honor to remember Harriet Jacobs and her struggle. Can you imagine living in a cramped space for seven years,” Hodges asked. “When you go back in our history, because the black man’s power was taken from him, it was that mother or that grandmother or that aunt that got that girl up after the master done raped her and cleaned her up and told her baby you’re gonna make it, you’re gonna be alright. We are very strong women. We had to be.”

This is the second time Elle has staged the ‘Incidents’ play, but said the production is drastically different this time, including music, choreography and a change in context.

“The dialogue has changed significantly. I wanted to focus more on her (Jacobs’) strength and not necessarily the struggles this time around and I wanted to incorporate more African American Negro Spirituals,” Elle said.

She disagrees with the sentiment that art focusing on slavery is overly saturated.

“A lot of times when you tell people you’re doing a production on slavery they say, ‘Why are you drudging that back up,’ but I think it’s an important piece,” Elle said. “I staged the production in Women’s History Month on purpose … I wanted ultimately to increase the awareness of who Harriet Jacobs was and what she’s done and what she’s overcome and how a lot of us can use that as a platform of motivation to do the same.”

Elle’s leading lady, Dennis, said she didn’t know Jacobs’ story before taking the role, but hopes the play inspires people to follow her example and go after what they want.

“I hope people walk away with a sense of knowing who they are. Harriet Jacobs knew what she wanted and even though everyone didn’t agree with the way she went about it, you have to respect the fact that she wanted to be free and her mind was set on that,” Dennis said. “I think that’s something that can be applied to today. Our ancestors were strong and resilient in getting what they wanted so I hope it’s an extra push where people can say, she did it, I can do it.”

WHAT: Incidents in the Life of a Slave Girl: A Play

COST: $15-$25; subject to change and based on availability, plus applicable fees.

CONTACT: For more information or to purchase tickets, visit www.incidentsplay.com

Next post REVIEW: 'Logan' a satisfying end for Jackman's Wolverine