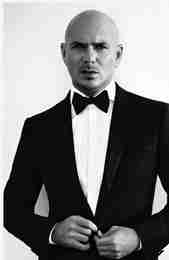 Report Lake Worth, Fla. – The Palm Beach State College Foundation welcomes Armando Christian Perez, professionally known as “Pitbull,” as the keynote speaker for the Foundation’s 2017 STEAM (Science, Technology, Engineering, Arts and Math) luncheon presented by Bank of America. The affair will take place at 11:30 a.m. Feb. 1 at the Kravis Center for the Performing Arts’ Cohen Pavilion in West Palm Beach.Tickets are $175 if purchased by Dec. 15 and $200 after that date. A table of 10 is $1,700.

Now 35, the once Miami street rapper turned Grammy award winner has recorded hundreds of songs and sold more than 70 million singles, with No. 1 hits in more than 15 countries. He’s had more than 67 million digital downloads, more than 6 billion YouTube views, and over 22 million Twitter followers and 59 million followers on Facebook. He’s performed in over 50 countries for millions of people – hence the nickname Mr. Worldwide.

Pitbull is also a savvy businessman and brand entrepreneur who, in addition to a line of fragrances for men and women and a TV development company, also has partnerships with blue-chip brands such as Bud Light, Dr. Pepper, Dodge, Norwegian Cruise Line and others.

Pitbull is passionate about using and advancing technology. Besides using social media to communicate with his fans and supporters, he is co-founder of eMerge Americas. This 3-year-old conference brings together high-tech firms from throughout the Americas and promotes innovation and the development of disruptive technology across a myriad of industries.

What most people don’t know about him is that he is passionate about education. He was initially inspired to pursue his music dream by one of his high school teachers. Now, he wants to make sure other children are inspired and have opportunities to succeed.

“Pitbull understands the impact education can make and encourages quality education for children from all walks of life,” said Suellen Mann, executive director of the Foundation.

At the luncheon, Pitbull, a first generation Cuban American, will discuss the importance of education, as well as how music, math and science are closely related.

“Both the science and music industries use mathematical principles and logic along with creative thinking and inspiration,” said Mann. “Pitbull is a master of blending basic sounds, rhythms and tempos to create incredible and popular music. He sings about enjoying life and hopes his music serves as a brief escape from daily concerns.”

In 2013, Pitbull helped create the SLAM! (Sports, Leadership, Arts and Management) charter school in one of the Miami’s most impoverished neighborhoods.

In 2017, the Foundation will enter the fifth year of its STEAM initiative to impact the projected shortage of local, skilled professionals in the STEAM fields. Goals include increasing student scholarships, business partnerships, internships and other academic program enhancements to prepare more graduates for these high-wage, high-demand positions.

Next post Prince's songs to be administered by Universal Music

Previous post KEEP YOUR GUT HEALTHY during the holidays