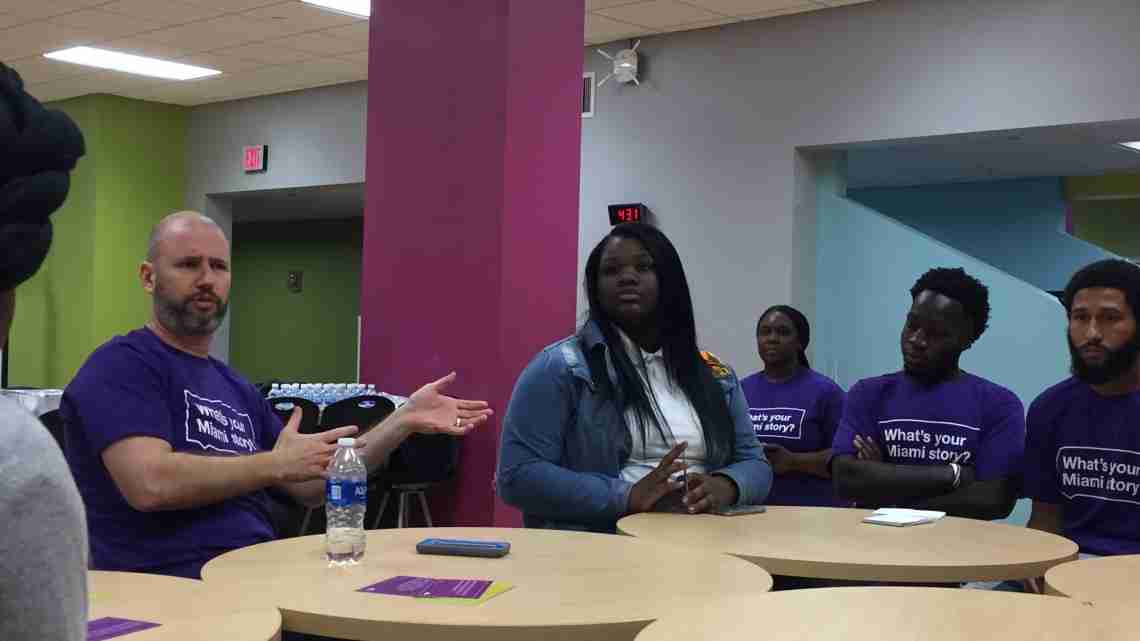 MIAMI GARDENS, Fla. – On Tuesday, The Miami Foundation collaborated with influencers around South Florida to host “My Miami Story” conversations – and the students in Precious Symonette’s class at Miami Norland Senior High School proved you don’t have to be well known, or even an adult, to be an influencer.

The meet-ups are designed to get resident input on the current status of life in Miami-Dade and what can be done to improve it moving forward.

On a wide-range of topics from gun violence, immigration, self-worth and religion to bullying, stereotypes, education and affordable housing, the teens spoke with such a level of insight and passion that it would do some adults well to just sit back and listen.

“Gun violence is affecting people, it’s affecting families and you don’t even have to be shot to be affected. You only have to be around it,” said senior Ni’ja Maxwell.

“Miami is a hard place to buy a house. People probably don’t go into that field (performing arts) because it’s not much money in it. It’s hard to live period, but in Miami, it’s really a struggle,” said eleventh-grader Del’kiya James. 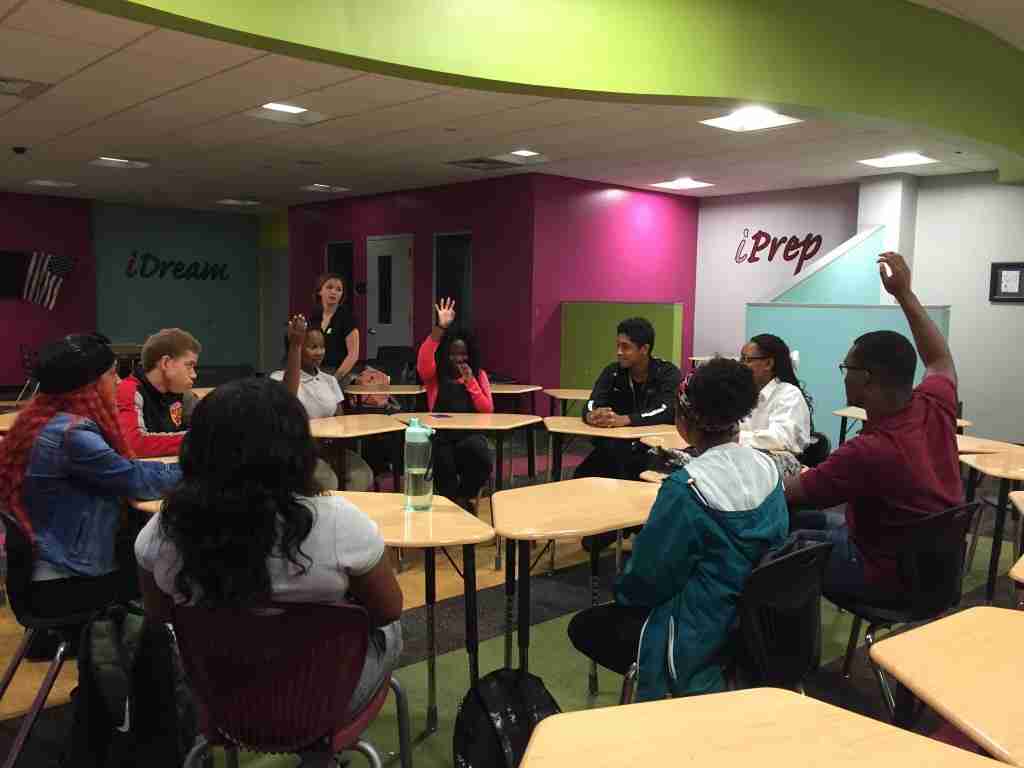 “It’s not just about the music, it’s about what people idolize,” said Kyle Hayle, a senior. “It’s the fact that they don’t really have anything else to look up to.”

Facilitated by Symonette and Seth Levit, executive director of the Jason Taylor Foundation, the students were divided into two groups of 11 and 12. 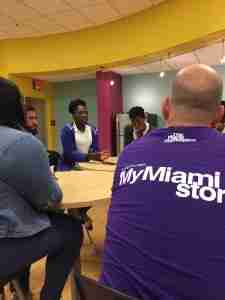 At times they shared very personal stories, some which left their peers and adult guests choking back tears.

“The topic I’d like to touch on is religion.

I’m a Christian. This is who I am. It’s not a just a relationship; it’s a lifestyle. I feel like I have a purpose because I’ve been through so much and I’m still here,” said Kayla Williams, a senior, who shared she’d turned her life around after going down the wrong path during her sophomore year. “I was asked by a transgender guy … ‘What type of Christian are you?’ I was like I’m a Christian that loves. … I hate when other Christians say God hates because how can something that is love hate?”

Williams added that people should be more concerned about others instead of always being so selfish.

“It’s always mine, mine, mine, but when are you gonna think about the we,” Williams asked.

Levit challenged the students to put their thoughts into action. “Conversation is good. Work is even better,” he told the teens.

Symonette – who is Miami-Dade County’s Teacher of the Year – said she wanted to host the conversation because she believes youth voices are among the most powerful we could ever hear and often times they are left out of the important conversations.

“Students need to be speaking to elected officials, school board members, people that are making decisions about their lives, because if we truly believe that kids are our future why are we not preparing them in the present,” Symonette asked.

“I’m so tired of going to these panel discussions on bullying, on gang violence, drug violence – how can you have a panel discussion without student voices,” Symonette asked. “I feel that adults need to realize that we are not the experts; the kids are the experts. … Any panel discussion that you are having that impacts students, kids voices should be the most that you hear. … They know what’s happening before during and after. We come in after the fact.”

Matthew Beatty, Director of Communications at The Miami Foundation, said they will compile the information gathered from Tuesday’s conversations to layer on top of the data in their Our Miami Report in hopes of continuing to find solutions to Miami’s ills.

In the meantime, Symonette said she’d continue to do all she can, including creating a student forum series, to ensure her students have every opportunity to speak – and be heard.

“One of my goals has always been to give my kids multiple opportunities. If I can’t find them, I create them,” Symonette said.

Previous post What do Blacks have to lose under the reign of Trump?