PARENTS OF TRAYVON MARTIN discuss his death and legacy 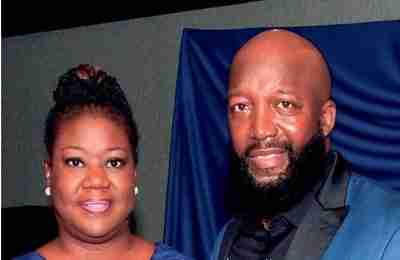 On a February evening in 2012 in Sanford, Florida, 17-year-old Trayvon Martin was walking home with candy and a can of juice in his hand, while talking on the phone with a friend, when a fatal encounter with a gun-wielding neighborhood watchman ended his young life.

Five years after his tragic death, Martin has become an iconic symbol of race and untimely death in America, as well as a catalyst of social justice activism.

But who was Trayvon Martin? And how did one black child’s death on a dark, rainy night in a small Florida town become the spark that lit a civil rights crusade? On Monday, Feb. 6, Martin’s parents, Sybrina Fulton and Tracy Martin, will answer these questions and more at 6:30 p.m. at the downtown Miami Wolfson Campus of Miami Dade College (MDC) in Building 1, 1261, located at 300 NE Second Avenue.

The college, in partnership with Books & Books, presents Fulton and Martin’s discussion of their book, “Rest in Power: The Enduring Life of Trayvon Martin.” The book, written by Fulton and Tracy Martin, is told through their compelling alternating narratives. It takes readers on their inspiring journey. The event is free and open to the public.

The event is a part of the Miami Book Fair, which the college says is widely considered the largest and finest literary event in the U.S., is part of MDCulture, the Cultural Affairs Department of Miami Dade College.

In addition to the annual, eight-day festival that takes place on the Wolfson Campus of the College in Downtown Miami, Miami Book Fair presents literary programs throughout Miami all year long.

Previous post Liz Weston: How to help your parents protect their money