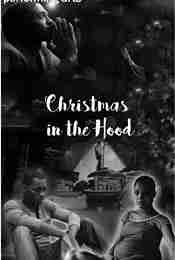 MIAMI – M. Denise Lee’s latest production, “Christmas in the Hood: An Urban Version of the Birth of Jesus” is a modern day retelling of Mary, Joseph and baby Jesus’ story, which debuted yesterday at the African Heritage Cultural Arts Center (AHCAC), 6161 NW 22 Avenue in Miami. Set in Miami in today’s time, the play follows Mary and Joseph on their journey to birth and protect Baby Jesus.

The play examines biblical issues with an urban twist including: what a parent in today’s time would do if their teenage daughter, who is a known virgin, came to them and told them she was expecting a child. As if that was not enough of a shock, these parents are asked to accept the fact that the young man that their daughter is currently dating is not the father of the unborn child.

Mary and Joseph must also protect their unborn child from King Trump, who is on a mission to eradicate all the little black boys in the hood. They flee from Liberty City to Overtown, two of Miami’s most infamous inner cities. The audience gets to go with them on their dramatic and comedic journey as they prepare for the most important birth in history.

A native Miamian, Lee said she adapted the play because she feels compelled to use her writing and theatrical gifts to help young people interpret the Bible.

“I wanted to reach the young people in a way that they could understand the biblical stories. They are parables, similes and metaphors; and they (youth) get a better understanding when they can identify with the characters,” Lee told the South Florida Times.

So, how do Mary’s parents deal with what has taken place? Do they eventually believe their daughter and support her or do they reject her, the child and her boyfriend? How does the young couple escape Trump’s plan to kill their child? Can all of them move forward?

Find out the answer to these questions and more by going to see “Christmas in the Hood” for its encore tonight. Doors open at 6 p.m. and the play begins at 7 p.m. Attendees may also return for a Christmas Exchange and Grown Folks Night Out on Friday, Dec. 23 at 6 p.m.

No ticket purchase is required. Lee is only asking for attendees to give a donation of their choosing at the show.

For more information, contact Lee at 404-207-7695 or visit www.aleapoffaithprod.com.