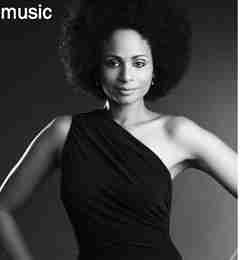 Singer, songwriter Leesa Richards and her band will perform at the Hampton House in Brownsville on Jan. 26.

MIAMI – If you’ve ever seen Leesa Richards perform, it’s very likely that you’ve never forgotten it. She brings authenticity, elegance and a refreshing earthiness to her shows. Plus, the woman can sing. Richards and her band will take the stage on Friday, Jan. 26 at 8 p.m. at the Historic Hampton House, which was reopened to the public in 2015 following a $4 million renovation.

During the 1950s and 1960s, the Hampton House was one of Miami’s hotspots for black celebrities, politicians and great boxers (Muhammad Ali was a regular). The Hampton House Motel is historically significant because it was an elegant place where black entertainers could find a place of respite after working on Miami Beach, where they could not stay.

After falling into disrepair and remaining that way for decades, the Historic Hampton House Community Trust, Inc. was eventually successful in its efforts to have the property renovated and restored to its previous luster.

Richards is a storyteller, a soulful voice offering a soundtrack to the narratives of life. Her sound taps into the deep roots of R&B and the poetry of jazz and folk. As a part of Miami’s vibrant music scene, she’s helping to shape and define its evolving sound. She has performed with a slate of powerhouse artists including Faith Hill, Whitney Houston, The Bee Gees, Gloria Estefan, Jon Secada, Julio Iglesias and Oleta Adams and has recorded with Barbra Streisand and Lenny Kravitz.