The Mighty Gents is mighty good 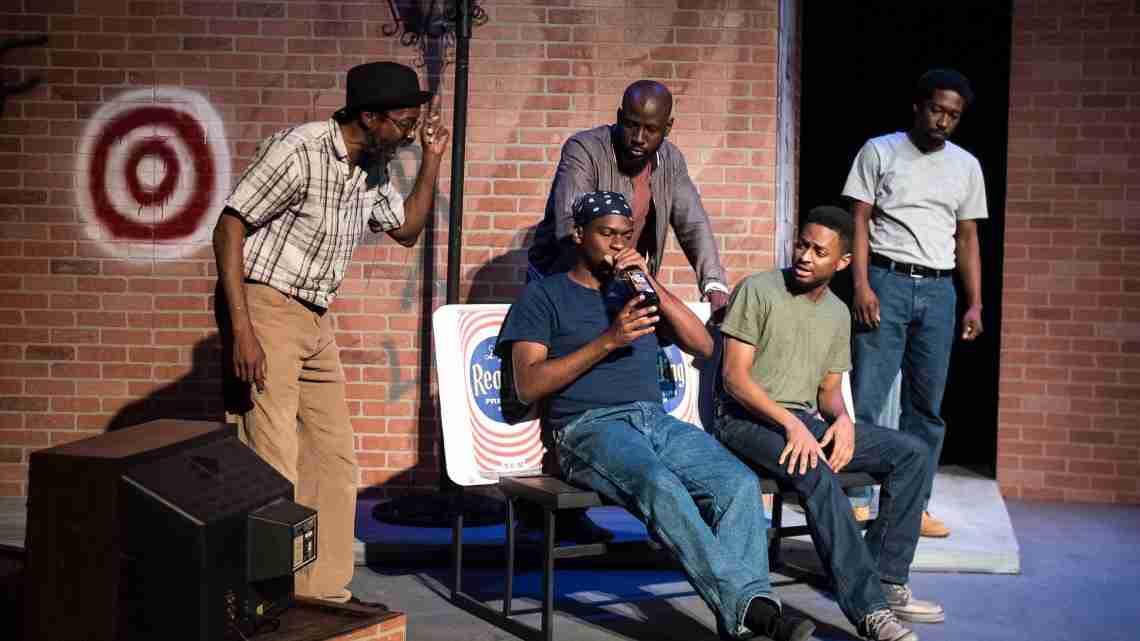 South Florida natives do an excellent job portraying the members of a washed-up gang in “The Mighty Gents.”

MIAMI – Though “The Mighty Gents” originally debuted on Broadway in the 1970s, the timeless story is one that resonates with audiences today – and the African Heritage Cultural Arts Center’s (AHCAC) current staging of it deserves support and praise.

I had the pleasure of viewing the production last week on opening night and well done is an understatement.

Centered on a group of 30-something former gang members, the play depicts their struggles in life on a variety of fronts and their attempts at validation by reliving their glory days.

At one point Frankie (Keith Oliver), Tiny (Isaac Beverly), Lucky (Chase Gutzmore) and Eldridge (Roderick Randle) collectively ran the Central Ward of Newark, NJ as The Mighty Gents. Now their recollections are all they have left – or at least all they think they have left.

They all still have the opportunity to make better, more progressive decisions, but that would take them all having paradigm shifts to get out of their own heads – which isn’t an easy feat.

Frankie also has Rita (Rita Joe), a loyal, loving and dedicated woman who has been his ‘ride or die’ lady since he was at the height of his fame as the leader of the gang. Though he has lost it all, she remains by his side and most concerned about his well-being.

Then there is Zeke (Chat Atkins), the neighborhood drunk who really desires some acceptance and inclusion, but Frankie and his gang constantly cast him away; Braxton (Pedro Louis), the former gangbanger who has parlayed a merciless act into a lucrative career as one of the most successful, feared and well-dressed crime bosses; and Frankie’s Father (Ray Lockhart), whose refusal to accept Frankie’s lifestyle haunts Frankie even after his death.

As the play unfolds, the audience gets a glimpse into the psyche that motivates each character’s actions or lack thereof. While the ending isn’t surprising, it is still concerning and reflective of so many real life scenarios that have played out in urban communities throughout America.

All of the cast members are South Florida natives hailing from Miami-Dade and Broward Counties. After the show, they participated in a talkback with HOT 105’s Jill Tracey, where they discussed their experiences with the play.

When Tracey asked the actors to expound on their characters, Oliver shared that though he is a South Florida native, this was his acting debut at home.

“Frankie lost himself very young and he spends his life trying to find himself. Most of the time Frankie doesn’t know whether he’s coming or going,” Oliver said.

“My character compares a lot,” Beverly said. “Throughout the play he says look at what he’s doing and we’re the same age. He does that be- cause he’s fearful,” noting that many people do the same thing today, especially on social media.

Joe agreed, encouraging everyone to follow his or her own path. “You have to take your own journey and you have to stop comparing. It’ll be the death of you,” she said.

Opening night drew an intimate crowd that included Miami’s own iconic actress Jo Marie Payton of “Family Matters” fame, who stood and gave words of encouragement to the actors and the audience.

“You are where God wants you to be. He’s blessing you where you are. I’m such a strong believer that it’s His story, not mine! You can make this your Hollywood, make Miami your Hollywood,” Payton said Though the caliber of people in the small opening night audience was unmistakable, the quality of the production warrants a full house at every showing.

Written by Richard Wesley and directed by John H. Pryor, the production runs through Oct. 29 at the AHCAC’s Wendell A. Narcisse Performing Arts Theater, 6161 NW 22 Avenue in Miami.

Shows are scheduled at 7:30 p.m. on Fridays and 8 p.m. on Saturday evenings with 4 p.m. matinees on Saturdays and Sundays.

Tickets are $20 for student and seniors, $25 in advance and $30 for general admission. Group rates are available upon request. Tickets may be purchased in the office of the African Heritage Cultural Arts Center.

A limited number of discounted tickets are available to students, ages 13-22, through Culture Shock Miami at www.cultureshockmiami.com. Senior citizens that are residents of Miami-Dade County can also get a limited amount of free tickets through the Golden Ticket Arts Guide program by calling 786-331-5375.

For more information about “The Mighty Gents” or The African Heritage Cultural Arts Center, call 305-638-6771 or visit www.ahcacmiami.org.