Assistant to director: The sweet rise of ‘Queen Sugar’ Glaude 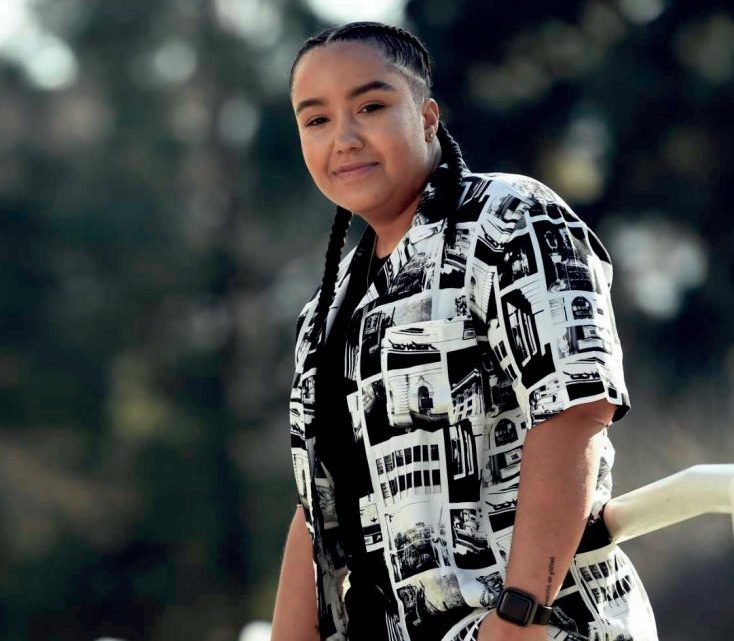 “I’m basically their chaperone, their sister, girlfriend, mom, aunt,” she explained. “I know all of their dietary restrictions. I get them through the day, basically.”

In two short years, it marked the third time the young ﬁlmmaker had worked with Emmy winner Ava DuVernay, who created “Queen Sugar” and also hired Glaude to work on the Oscarnominated 2014 ﬁlm “Selma” as well as her CBS pilot “For Justice.” On “Selma,” Glaude was an additional PA working with background actors as they marched on the highway from Selma to Montgomery. She was the director’s assistant on “For Justice,” where Glaude admits she “made some mistakes that I learned really quickly from.”

And on “Queen Sugar,” she continued as a ﬁrst team PA for season two and was promoted to the writer’s room during season three.

“I’ll just be walking around the house like, `Wait a minute.’ I ﬁnd a mirror and go, `You’re a director,”’ Glaude said in an interview. “It does feel like such a dream. Sometimes I’m like, `I can’t believe this is all happening still.’ It’s really lovely.”

“Queen Sugar” follows three siblings from Louisiana who manage a sugarcane farm left to them after their father died and is based off the 2014 novel of the same name. Its debut season won outstanding drama series at the 2017 NAACP Image Awards.

During the ﬁrst season, DuVernay encouraged Glaude to shoot and produce her own material so she could one day direct on her set.

Glaude made her directorial debut in 2017 with the short “Last Looks,” which starred “Queen Sugar” and “True Blood” actor Rutina Wesley and aired on Issa Rae’s YouTube channel. Glaude was selected by Emmy winner Lena Waithe for the AT&T Hello Labs Filmmaker Mentorship Program, for which she directed the short “Spilt Milk,” starring “Orange Is the New Black” actor Dascha Polanco.

She also directed music videos, including “High Rises” for breakthrough rapper Chika, who earned a best new artist Grammy nomination this year. “All three of us – the director, the DP (director of photography) and the talent – we were all queer Black women from Alabama. That was really dope,” she said.

That’s when DuVernay knew Glaude was ready to sit in one of her director’s chairs.

“When I met (Cierra) she was a student who left school for the opportunity to work on set. She made that decision for herself that she could get the degree in Alabama and still be struggling to get on a set, or she could leave the degree and just get on a set. …She was the key PA on `Queen Sugar’ for a long time. That means she’s ﬁrst in, three o’clock in the morning, four o’clock in the morning, last one out for years and years and years. For her to be able to go back on that show and be the director is enough to make me weep if I think about it for too long,” DuVernay told the AP. “I know what she did to get there.” Though Glaude dropped out of the University of Alabama to ofﬁcially pursue her ﬁlm career, she’s earned a degree of sorts from what could be considered the School of Ava DuVernay.

Take “Queen Sugar,” for instance, where DuVernay has created a series where every episode is directed by a woman. So far, 37 female ﬁlmmakers have had the chance to direct TV episodes thanks to the utopia DuVernay fashioned, 34 of whom made their television directorial debut on the series.

And the alumnae have advanced to great heights, including Victoria Mahoney, the ﬁrst woman to direct a “Star Wars” ﬁlm; Amanda Marsalis has gone on to direct episodes of “Ozark,” “Westworld” and “The Umbrella Academy”; and Salli Richardson-Whitﬁeld, the actor-turned-director, recently signed an overall deal with HBO.

“The point that we’re making is all these decades y’all just been hiring the same men and the same kind of men, thinking that’s the way to make a good show. We’re going to hire all women and the same kind of women and we can also make a good show to stand as an example,” DuVernay said. “For decades and decades when we’ve been told that this is the only way – `Sugar’ stands as an example that was never true. It was a myth and it’s been busted, and it’s been broken.” The return of “Queen Sugar,” where the casting, post-production and music supervision departments are headed by women, comes at a historical time in Hollywood for female directors: For the ﬁrst time ever, three women are nominated for best director at the 2020 Golden Globes, which will air Feb. 28.

“It’s overdue, so it’s bittersweet,” said DuVernay, who was the last woman nominated for best director at the Globes before Regina King, Chloe Zhao and Emerald Fennell picked up nominations this year. “It’s kind of like an eyeroll and a nod at the same time. That’s great, but how about all the other 100 years before that? At this moment we celebrate these three women, but we (do) say, `This is crazy.’ You’ve got to do both at the same time.”

Opportunity is at the center of the environment – or school – that DuVernay has manifested and produced with “Queen Sugar,” and it has given Glaude a chance to say four words not often and easily said by Black women: “I feel very seen.”

“It’s really just surreal,” she added. “It’s a gang of badass women. You can’t help but be enriched and inspired by that.”

Next post BEST OF THE BEST WOMEN’S HISTORY MONTH EVENTS