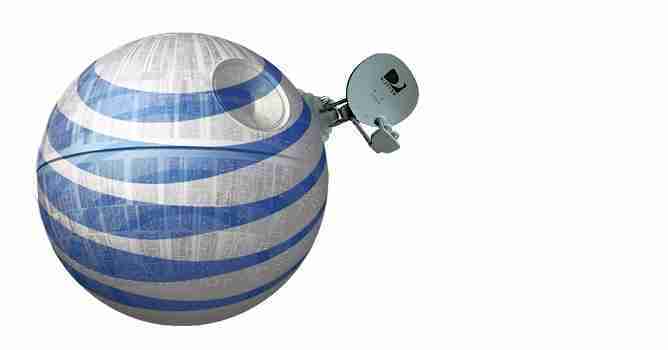 It got its regulatory approval Friday from the Federal Communications Commission after more than a year. The Justice Department had already cleared the deal on Tuesday.

That’s more than Comcast as well as a bigger Charter, which is seeking government approval to buy Time Warner Cable.

Suppliers of TV are buying one another as video from Internet competitors like Netflix gets more popular and costs rise for channels.

The deal also combines a nationwide satellite TV service, the country’s largest, with the No. 2 nationwide wireless network as time spent on mobile devices increases. DirecTV also has 19.5 million customers in Latin America, where AT&T wants to grow.

“We’ll now be able to meet consumers’ future entertainment preferences, whether they want traditional TV service with premier programming, their favorite content on a mobile device, or video streamed over the Internet to any screen,” said AT&T CEO Randall Stephenson in a statement.

What could change for customers? AT&T said that it will launch new TV, Internet and mobile phone bundles in the coming weeks.

AT&T’s purchase of DirecTV was approved even as Comcast’s bid for Time Warner Cable, which would have made the country’s biggest cable company even more massive, was blocked. The AT&T deal did not trigger the same fears from consumer advocates because the company wouldn’t contain an entertainment division like Comcast’s NBCUniversal and wouldn’t gain Internet customers, considered the future of the industry, by buying DirecTV.

The FCC repeated Friday that it had set certain requirements for the merger, which it had disclosed on Tuesday when the head of the agency announced his support for the deal.

Among these are that AT&T has to expand a fiber network that can handle fast Internet speeds to 12.5 million possible customers, which it says compensates for the loss of a video option in markets where AT&T’s U-verse cable service had competed with DirecTV’s satellite TV service. The agency said the fiber network requirement will help Internet video competitors reach customers.

AT&T said Friday that including that 12.5 million requirement, its all-fiber Internet network will reach more than 14 million potential subscribers. Analyst Craig Moffett of MoffettNathanson had said before the deal’s close was announced that AT&T would probably build the fiber in markets where it already operates a slower Internet network.

“In terms of increasing competition, AT&T has been claiming that bundling with DirecTV will help it compete better with cable. I think that is incrementally the case in some limited set of markets,” said John Bergmayer, a senior staff attorney with public-interest group Public Knowledge.

Another way the agency wants to try to promote video competition is by forbidding AT&T to make a potential online video service of its own not eat up data under the cap imposed by the company on its home Internet customers. If AT&T did that, it could make its own service more appealing compared with Netflix, for example, because streaming Netflix would count toward the data cap and potentially could trigger additional fees if a customer went over the cap.

AT&T also has to offer home Internet to low-income customers without making them buy phone or TV service too. AT&T said that it will offer Internet to households that qualify for food stamps for $10 a month or less. The speed available will be 10 megabits per second or slower, less than the 25 Mbps the FCC has set as the benchmark for high-speed Internet.

The FCC said there will be an independent compliance officer to monitor how AT&T abides by these conditions.