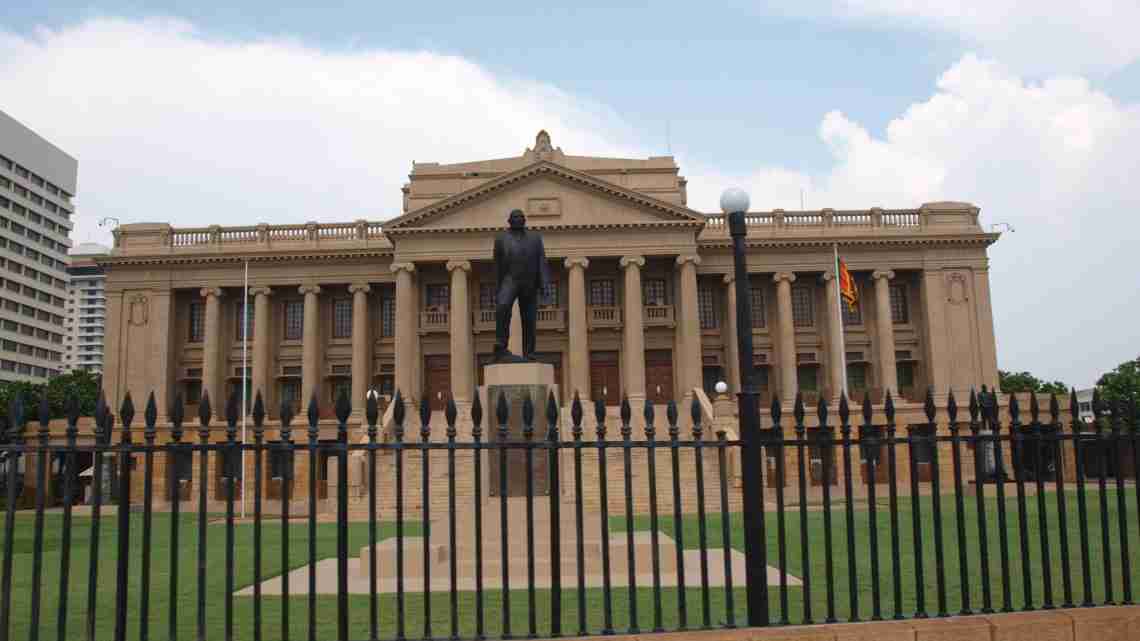 Tensions are high in the northern provinces of Sri Lanka in the wake of the Jaffna High Court’s ban on commemorations of the death of Rasaiah Parthiban, the revolutionary leader of the militant Liberation Tigers of Tamil Eelam (LTTE).

Parthiban, also known as Thileepan, died on Sept. 26, 1987, at age 23 after a 12-day hunger strike in protest against the government. His death occurred at the height of the civil war between the government and the LTTE.

On Sept. 28 this year, nonviolent protests were staged and shops were closed in the northern provinces a day after students from the University of Jaffna protested the high court’s decision by wearing black.

M. K. Sivajilingam, a former member of parliament from Jaffna, was arrested on Sept. 15 for holding a memorial event for Thileepan at Kondavil in northern Jaffna. Sivajilingam, a distant relative of Velupillai Prabhakaran, the founder and leader of LTTE, was chairman of the rival Tamil Eelam Liberation Organization.

Thileepan had put forth five demands to the Indian government on Sept. 13, 1987. His demands sought the release of all Tamils detained under the Prevention of Terrorism Act; an end to the colonization by Sinhalese in Tamil areas under the guise of rehabilitation; a halt to the Sri Lankan government opening new police stations in the north; and withdrawal of the army and police from Tamil schools and withdrawal of any weapons given to the “homeguards” by the Sri Lankan government.

“Thileepan followed ‘ahimsa,’ a nonviolent means to protest,” said C.V. Wigneswaran, a member of parliament from Jaffna. “His acts were for a noble cause and cannot be ignored because he was a part of the LTTE. The current government has the wrong notion on this matter. They think if the memorial takes place, then the Tamils may adhere to the principles of the LTTE and re-form the militant outfit.”

The LTTE fought for a separate state called Tamil Eelam and was at the forefront of addressing the issues faced by the Tamils in Sri Lanka. The insurgency began in 1983 after the Tamil-Sinhala riots, also called the Black July massacre, that claimed the lives of 4,000 Tamils. The LTTE’s armed forces included child soldiers, one of them being Sivanesathurai Chandrakanthan, current member of parliament from Batticaloa.

The LTTE expelled some 72,000 Muslims from the northern province in what was termed ethnic cleansing in 1990, though the Muslims spoke Tamil and some initially had supported the Tamil Eelam movement. The Sri Lankan government defeated the Tamil Tigers in May 2009, bringing to an end the long civil war that had claimed 10,000 lives. The leader of the LTTE was declared dead in 2009.

“The winners of the 2009 war are the rulers of this country,” said Wigneswaran. “Therefore, the government is trying to deny the rights of the Tamils by associating them with the LTTE and the war. What the government has done is wrong and their actions hint on how they will act against the Tamils in the future.”

To this day, Thileepan is considered a martyr in the northern and eastern provinces, the region that supported the LTTE. However, the government views Thileepan’s actions as extremist and propagandist.

Officials from the Ministry of Defense and its State Intelligence Service did not respond to Zenger News’ requests for comment.

Wigneswaran said people have protested to shed light on what is happening and how they feel about it, referring to the Tamils’ freedom to express themselves. The protests are the people’s way of responding to the ban on commemorations of the militant Tamil leader and to the government’s increasing deployment of forces, using the pandemic as an opportunity to set up more checkpoints in the north.

Further, Wigneswaran said, the government is trying to suppress the Tamils by reiterating the former presence of the LTTE. The group no longer exists in Sri Lanka.

On Sept. 25 this year, Global Diligence, an international human rights organization, sent an urgent appeal to the UN Special Rapporteurs on the Rights to Freedom of Peaceful Assembly and Association, and the UN Special Rapporteurs on Freedom of Opinion and Expression, on behalf of the Transnational Government of Tamil Elam, a government in exile that “seeks the freedom of the Tamil people.”

Commemorating the deaths of LTTE revolutionaries has always been controversial. In 2018, after the Jaffna High Court rejected an appeal by police to ban the commemoration, the Tamils gathered in Nallur, a suburb of Jaffna, for 12 days.

The Tamils were able to celebrate the LTTE under the former government of Maithripala Sirisena. Following the election in 2019 of President  Gotabaya Rajapaksa, the commemorations were banned, as they were in 2013, when Mahinda Rajapaksa, Gotabaya’s brother, was president.

“Maximum punishment should be given, as it involves public interest,” he said. “It will deter others, funded by the LTTE front organizations in the Tamil diaspora, from reviving the separatist agenda.

“Collective and decisive leadership is vital to restore the stability, security and the foundation of ethnic and religious harmony in Sri Lanka,” he said.

A year after Thileepan died, a tower was constructed on the spot where he had begun his hunger strike in Nallur. The Sri Lankan Army destroyed the tower when they captured Jaffna in 1996. The memorial was reconstructed and demolished two more times in 2007 and 2012.