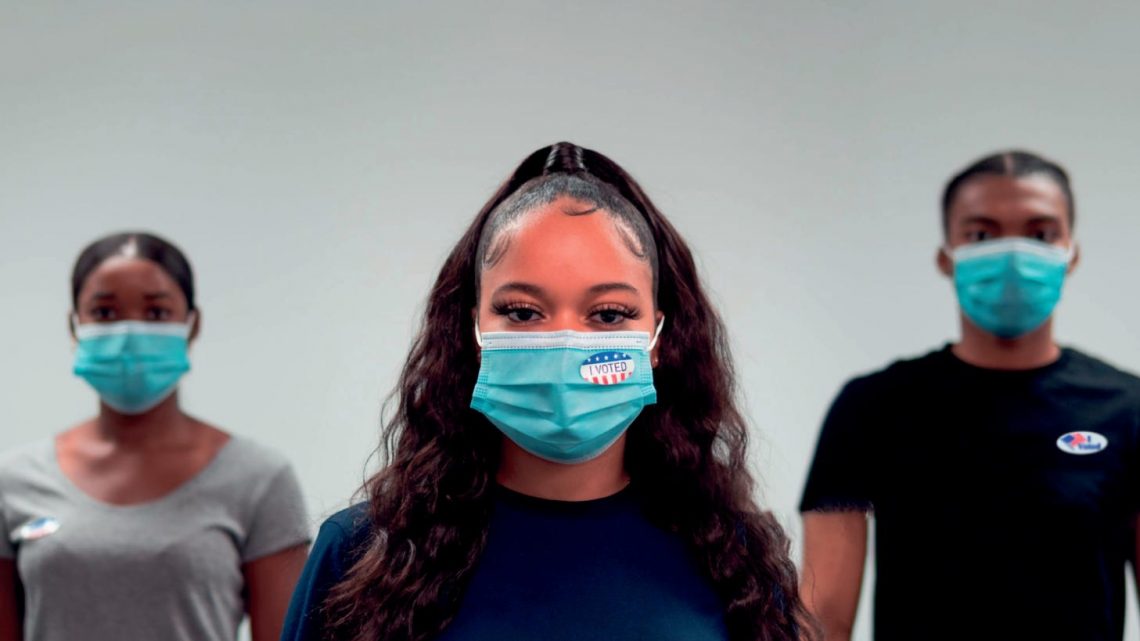 MIAMI – According to Pew Research, 88% of Black voters said the 2020 presidential election was “run and administered well.” In that same poll, 60% of Black voters said the election “was run and administered very well” and 80% of Black voters were pleased with the entire voting process calling it “very easy.” Why is this research data signiﬁcant? The 2020 presidential election was historic in the scope of numbers with over 159 million Americans on record exercising their right to vote in a “free and fair” election. This total represents the largest single voter turnout in 120 years. Within that vast chunk of data are the votes of Black Americans across the country. Black Americans came out in a strong wave of solidarity against former president Donald Trump and in favor of President Joe Biden. The power of the Black vote also flipped Georgia to a blue state and placed two new Democrats in the Senate.

This display of the consolidated power of the Black vote has unsurprisingly garnered the ire of Republicans who are fearful of losing their hold on American politics. Understanding that the Black vote could indeed impair their political influence in Washington and extinguish future attempts of Donald Trump running for president in 2024 or strategically placing more of his sycophants in ofﬁce, Republicans are geared up to impede the Black vote. In Georgia, Republicans are set to pass bill SB 241, a crafty voter restrictive piece of legislation that takes direct aim at Black voters. SB 241 proposes an end to the no excuse absentee ballot which means that certain provisional requirements must be met before an absentee ballot is mailed to the voter and/or returned.

One of those requirements would be a witness signature and voter ID. Another key segment of this legislation would limit polling sites and early Sunday voting which is a one two punch directly targeting Black voters and the Black church. In Georgia, many Black churches hold “souls to the polls” drives that encourage Black congregants to get out the vote on the two Sundays before election day. Justice Elena Kagan stated during a case being argued before the Supreme Court that could potentially impose restrictive voting laws in Arizona, “that Black voters vote on Sundays 10x more than White voters.”

Georgia Republicans are desperately seeking to undo the four years of hard work that voting rights activist Stacy Abrams undertook that successfully led to Georgia becoming a part of the Democrat landscape. They make the claim that SB 241 “is designed to begin to bring back the conﬁdence of our voters back into our election system,” said Rep. Barry Fleming (R-Ga.). As already outlined, the question that needs to be asked is what entity, or entities, lack “conﬁdence” in an election system, that according to election ofﬁcials in the Trump Administration, there was “no evidence that any voting system deleted or lost votes, changed votes or was in any way compromised.” Black voters accounted for nearly half of Georgia’s eligible voter growth since 2000 and represented over 50% of all Democratic votes. What accounts for this massive Black voter turnout? The accessibility and hassle-free voting process nationally and within local communities. Especially within Black communities. Pew Research found that 97% of Black voters polled said that the process of voting in their community for the 2020 election “were run and administered well.” The COVID-19 pandemic conscripted election ofﬁcials to provide accessible and secure voting measures for all Americans. Black Americans were able to take good advantage of the accessibility. Many voted by mail for the ﬁrst time while Black voters who preferred to vote in person, voted early. This was the formula for getting out the Black vote across the nation and it is the reason why Republicans want to stamp it out, and initiate so-called ‘election integrity’ bills even though this is the fruitage of their own legislation that passed in 2005.

Rep. Renitta Shannon (D-Ga.) told the Associated Press that after Donald Trump lost his bid for reelection in 2020 “Republicans got the message that they were in a political death spiral and now they are doing anything they can to silence the voices of Black and brown voters speciﬁcally, because they largely powered these wins.”

Yes. Republicans “got the message” by propagating ‘the big lie’ that there was massive voter fraud and irregularities in the 2020 presidential elections, propping up and Donald Trump’s failed attempts to steal the election from President Biden, and turning a blind eye to his culpability in the Jan. 6 Insurrection on Capitol Hill. In direct response, U.S House of Representatives passed H.R.1 also known as the “For the People Act” which would “expand Americans’ access to the ballot box, reduce the influence of big money in politics, and strengthen ethics rules for public servants.” What the “For the People Act” could possibly mean for Black voters, speciﬁcally in highly contested ‘battleground states’ such as Georgia, is counter attacks to suppress or restrict the Black vote by disallowing Republican states the ability to restrict voting accessibility i.e. vote by mail. The “For the People Act” will create automatic voter registration, broaden voting by mail, and early voting functionality.

In sync with the House, President Joe Biden issued “Executive Order on Promoting Access to Voting” on the anniversary of “Bloody Sunday,” the civil rights march headed by the late Congressman John Lewis and Hosea Williams across the Edmund Pettus Bridge in Selma, Ala., which led to the Voting Rights Act in 1965. Biden’s “Executive Orders on Promoting Access to Voting” accede that “many Americans, especially people of color, confront signiﬁcant obstacles to exercising that fundamental right.” In the executive order, President Biden makes a concerted effort to thwart the duplicitous scheme of the GOP to suppress the Black vote by mandating federal ofﬁcials partner with “State, local, Tribal, and territorial election ofﬁcials to protect and promote the exercise of the right to vote, eliminate discrimination and other barriers to voting.” The executive order would ensure equal access to voters with disabilities, educate federal prisoners on their voting rights, create a voter outreach liaison for Native Americans, expand availability of voter registration and assistance, and encourage Federal employees “civic participation.” President Biden emphasized in his prepared remarks that Congress should “fully restore the Voting Rights Act, named in John Lewis’ honor.” This is in reference to Congress’ 2003 removal of the ‘preclearance requirement” of The Voting Rights Act. The John Lewis Voting Rights Advancement Act will “establish a targeted process for reviewing voting changes in jurisdictions nationwide, focused on measures that have historically been used to discriminate against voters.”

The “For the People Act” passed the House along party lines 220-210 and is headed for a ﬁlibuster in the Senate. Republicans in both the House and Senate are dead set against any type of blockage that may hinder their goals of suppressing the Black vote. Currently 33 states have introduced 150 bills that calls for restrictive voter rights. Creating hurdles and obstacles could very well keep Black Americans away from the polls and deflate the Black vote, and possibly erode Democrats power and influence in upcoming election cycles. The way the Republican Party views Black voters, the strength of the Black vote and the need to suppress it is critical for their own survival. As GOP lawyer Michael Carvin revealed to the Supreme Court last week, suppressing the Black vote, stifling the Black vote, and suffocating the Black vote is imperative “because it puts us at a competitive disadvantage relative to Democrats. Politics is a zerosum game…it’s the difference between winning an election 50-49 and losing an election 51 to 50.” tdwrites@gmail.com