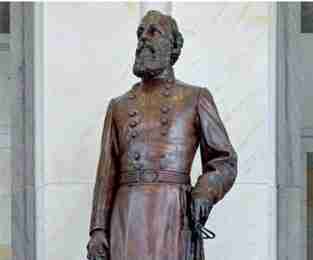 TALLAHASSEE, Fla. – Either the African-American woman who founded what’s now Bethune-Cookman University, the founder of Publix supermarkets or the woman credited with saving the Everglades will replace a Confederate general’s statue that represents Florida in the U.S. Capitol.

The three Floridians were selected Wednesday by a committee that reviewed 130 recommendations made by the public. The Legislature will now choose which of the three will replace the statue of Edmund Kirby Smith.

Mary McLeod Bethune, who founded Daytona Literary and Industrial Training School for Negro Girls in 1904, was the unanimous choice of the four-member committee on its first vote. Bethune’s school eventually became the historically black university that bears her name in Daytona Beach. Publix founder George Washington Jenkins and”The Everglades: River of Grass” author Marjory Stoneman Douglas were the pick of two members. No other person received more than one vote and the committee immediately agreed to accept the three without a second vote.

Gov. Rick Scott signed a bill into law that requires Smith’s statue be removed. The Legislature agreed a Confederate general shouldn’t represent the state- especially one who moved from Florida when he was 12.

Smith is famous largely as the last Con- federate officer to surrender a significant force at the end of the Civil War, nearly two months after Robert E. Lee’s April 9, 1865, surrender at Appomattox Court House Virginia