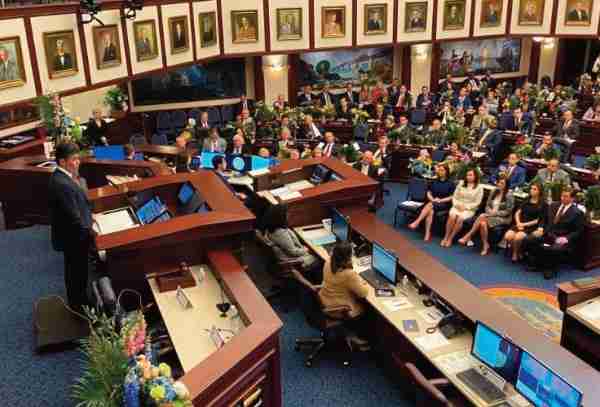 Florida lawmakers filed more than 3,500 bills for the 2020 legislative session and roughly 200 passed both chambers of the Legislature before it adjourned its annual session on Thursday. The following is a look at some of the bills that succeeded and some of those that died:

• Requiring all employers verify an employee’s eligibility to work in the United States.

• Paying Clifford Williams $2.1 million for serving 43 years in prison for a murder he didn’t commit.

• Requiring girls under the age of 18 get a parent’s consent before having an abortion.

• Doubling fines for passing school buses that are stopped to pick up or drop off children.

• Allowing pharmacists who enter agreements with doctors to treat ailments like the flu or strep throat.

• Permitting state agencies to use drones to fight invasive species and wildfires.

• Allowing college athletes to get compensated for use of their name or image.

• Banning prisons from isolating women in their third trimester of pregnancy.

• A 10% limit on THC in medical marijuana

• A ban on abortions if a fetal heartbeat can be detected.

• Protections against discrimination for LGBTQ people.