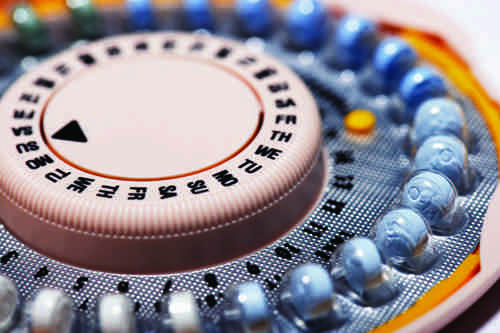 By DAVID A. LIEB

JEFFERSON CITY, Mo. (AP) – A federal judge has ruled in favor of a Missouri lawmaker who cited religious objections while challenging the inclusion of birth control coverage in his government-provided health insurance.

State Sen. Paul Wieland said Friday that the ruling, while applying only to his family, could serve as a guide for others seeking to challenge the application of a section of President Barack Obama’s health care law that requires insurers to include coverage of contraceptives.

“I think this sets a precedent, so that if anybody else has religious convictions and they find these drugs offensive … they can use this as a court case to base their claims on,” Wieland said in a phone interview while traveling back from Cleveland, where he was a delegate at the Republican National Convention.

The federal attorney who defended the case on behalf of the U.S. Department of Health and Human Services referred a reporter to a spokeswoman for the U.S. Justice Department, who said Friday night that the agency is reviewing the ruling and had no further comment about whether it would appeal.

The lawsuit by Wieland and his wife, Teresa, who are Roman Catholics, asserted that it violates their religious beliefs to include contraception coverage in the state health insurance plan that he participates in as a lawmaker. The insurance plan also covers their three daughters.

The state of Missouri used to provide       employees the option of declining contraceptive coverage. But that changed following a 2013 state court ruling which said the requirements of federal Affordable Care Act superseded a previous state law.

In a ruling Thursday siding with the Wielands, U.S. District Judge Jean Hamilton cited the federal Religious Freedom Restoration Act, which says government shall not “substantially burden” a person’s exercise of religion unless by the least     restrictive means to further a compelling     government interest.

The judge said the coverage mandate   violates that standard, because it didn’t offer a less-restrictive alternative such as letting the Wielands opt out of the contraception coverage.

Under the coverage mandate, “the only way plaintiffs can comply with their religious conscience is by dropping their insurance altogether, which would result in them foregoing a valuable job benefit; in the assessment of thousands of dollars per year in fines pursuant to the individual mandate; … and in leaving their daughters without health insurance,” Hamilton wrote in the ruling.

The judge originally had dismissed the Wielands’ lawsuit in October 2013, but a federal appeals court panel sent it back for reconsideration in July 2015. During appeals court arguments, an attorney for the Wielands cited the U.S. Supreme Court decision in the Hobby Lobby case allowing private companies with religious objections to opt out of the contraceptive requirement.

Wieland said he doesn’t expect the latest ruling to be the end of the legal fight.

“I’m afraid the federal government is probably going to appeal, and this is just one step in the process,” he said.

Next post Number of nuns drops by more than 20 percent