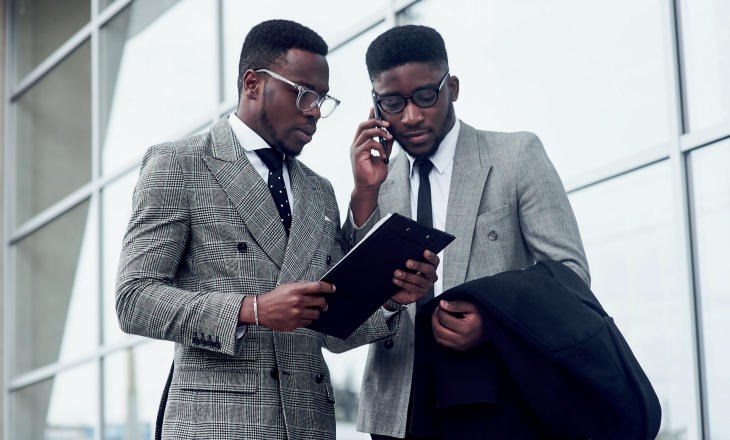 Williams, 42, worked with large events when she was stationed in the Navy in Oklahoma. When she returned to Lakeland, she craved the same kind of work. “When I came back home, I just decided to do my own business in event planning. And that’s what I did,” Williams said.

And thus her ﬁrst baby was born: Larger Than Life Event Planning, Custom Designs and Treats, a successful eventplanning business. Six years later, she’s ﬁnally landed a brick-and-mortar location after storing all of her supplies in a warehouse and meeting clients at their venues rather than in her own personal space. And the location is just a few storefronts down from her brand new venture, Dior Beauty and Esthetic Lounge, on East Edgewood Drive in Lakeland.

Dior Beauty will offer typical salon services, such as nails, brows, lashes and even makeovers that will include products from Williams’ own makeup line. But the salon will also offer “non-invasive” fat loss services like body contouring and sculpting.

Williams is ofﬁcially opening both businesses Sunday. This weekend is the second to last in February during which the country celebrates Black History Month and the contributions Black Americans have made – and continue to make across America.

Williams also is president of the organization Polk County Who’s Who In Business. Of the 75 businesses included in that chapter, Williams said most are women- or minority-owned businesses. The actual number of Black entrepreneurs or Black-owned businesses in Polk County is unclear. Doris Moore Bailey, president of the African American Chamber of Commerce, said she’s been trying to ﬁnd that information but has been unable to gather data from the county’s largest cities on Black-owned businesses operating in city limits or contracted by the cities themselves. She said numbers for the chamber are “growing” but hover somewhere between 20 and 25 businesses.

Despite perhaps lower numbers as compared to other businesses, Black business owners in Polk say they don’t feel ostracized or discriminated against. While they recognize the importance of elevating Black entrepreneurs, they want to be known as good businesses generally. And above all, they want to elevate community.

“I love the camaraderie, the networking, the being able to help others,” Williams said. “That’s the biggest thing for me.”

Bailey said she started the AfricanAmerican Chamber of Commerce in 2019 because she felt Black businesses needed better representation in the economic sphere.

“There’s always a void. Not to say everybody is not doing what they can for small businesses, but I felt there was a need because there was a void as it relates to African-American businesses sometimes being overlooked and not taken seriously,” Bailey said.

In January, Cory Skeates, president and CEO of the Lakeland Chamber of Commerce, said loans from the ﬁrst round of the Small Business Administration’s Paycheck Protection Program didn’t make it to many minority-owned businesses, despite those business owners seeing “the biggest losses during the pandemic.” Bailey said that several well-established Black-owned businesses didn’t receive funding under the CARES Act and have since pushed legislators to ensure they’re included in future funding.

Despite the “void” Bailey mentioned, some Black business owners in Polk County feel they’ve had just as much of a shot at success as anyone.

Williams said that being a Black business in the predominantly white downtown area “never stood out at all.” “We don’t see a difference or feel a difference,” Williams said. “And we don’t feel it helped or hurt us at all.” Williams and her sisters decided to open Amonie Jo’s after their mother died in 2017 of ovarian cancer. Williams said her mother always wanted to own a business, so they bought a truck, gutted it and started serving coffee and signature chai tea in her honor.

Amonie Jo’s has been operating as a brick-and-mortar business on 1st Street North since October. Williams said despite not feeling any different, she does recognize the importance of Black girls seeing three Black, Bohemian sisters running a successful business in the organic coffee space.

“We really believe in not having any boundaries, and that’s how our mom raised us. She didn’t make us feel like we stood out in a crowd because of the color of our skin,” Williams said. “I can own any business I want to. It doesn’t really matter that I’m Black or where I come from. Hard work pays off no matter where you are.” For Shaquilla Williams, with Larger Than Life, the main difference she sees in being a Black business owner is her willingness to take on clients no matter who they are or where they come from.

“As a Black-owned business, I do think, you know, we have different obstacles … I can say that I’m one of the only wedding planners in Central Florida that has a diverse catalog of clients,” Williams said. “Most of the time, people stick to their own kind, but I don’t know and it’s crazy that all races come to me. So you know, I work with everybody and so that’s one of the things that kind of sets me apart.” Williams prides herself on the diversity seen in her client base and preferred vendor list.

“Diversity is important,” Williams said. “I want them to know that, you know, we work with everybody, we treat everybody the same.” BEST OF THE BEST

Black-owned businesses want to be known for just being good at what they do – “as a great business, not a great Black business,” said Patrice Williams of Amonie Jo’s.

She added that changing the mindset “evens the playing ﬁeld” by helping eliminate stigmas that set up Blackowned businesses against everyone else.

Prince Hixon, 36, owns My Touch Barber Shop on Ariana Street in Lakeland and said he feels the same way. While many of the photos on his website show Black boys and men getting their hair cut, Hixon said his shop works with all men and all hair textures.

Hixon has been running My Touch for eight years. And he said what sets him apart from everyone else isn’t being a Black business owner, but the way he runs his shop.

“The niche that I picked up on very quickly was professionalism and the ambiance of the shop. Most barbershops you’re going through, they’re pretty loud, the curse words, the swearing is usually profound and it’s not so healthy for the kids,” Hixon said. “We do our best to stay as professional as possible and be mindful of our daily energy that we put out into the world.”

Hixon said people should know his shop because they do great business, everyone is welcome and they’re “keeping the city fresh.”

Shaquilla Williams, with Larger Than Life, expects to be running three businesses simultaneously by the summer: her event-planning business, the spa and a post-operation recovery home. But when the high-paced nature of the life she’s chosen comes up, she shrugs it off, prepared for the challenge.

“Yeah, but you know, the post-op recovery home kind of goes hand-in-hand with the spa,” she said. “And (Larger Than Life) I’ve already had, so it’s one established business. So it kind of works for itself.”