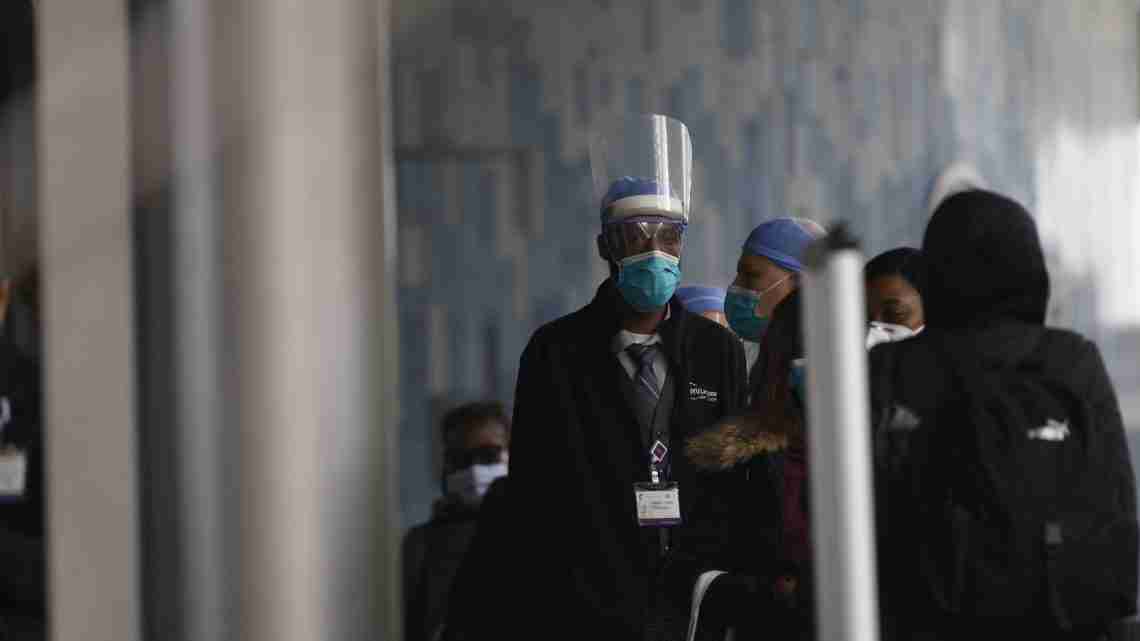 Black Americans are dying from Covid-19 more frequently than white people. But two researchers found it’s not because of obesity or poverty.

While African Americans are dying at higher rates than white people, the researchers found obesity, poverty and smoking weren’t correlated to those deaths. Diabetes was ruled out, too.

“Why, for instance, are African Americans more likely to die from the virus than other races? Our study controls for patients’ income, weight, diabetic status, and whether or not they’re smokers,” wrote Knittel in the study. “We must examine other possibilities, such as systemic racism that impacts African Americans’ quality of insurance, hospitals, and healthcare, or other underlying health conditions that are not in the model, and then urge policymakers to look at other ways to solve the problem.”

The MIT researchers’ work comes as Covid-19 cases are on the rise in several states and in African American communities. According to data compiled by the COVID Tracking Project and Boston University for the COVID Racial Data tracker, black people represent 13% of the U.S. population but account for 23% of the known deaths from the disease caused by the new coronavirus.

More than 26,708 black people have died in the U.S. pandemic, and four of the five counties with the highest death rates from Covid-19 are predominantly black. In counties where black people are the majority, MIT found they’re dying at rates close to 10 times higher than white counties. Other at-risk groups include the elderly and Hispanics, although healthy, young people, have also died from Covid-19.

The difference isn’t because of income disparities or that white people have a larger net worth on average than African Americans and therefore access to better care, although Knittel said in an interview that’s where policymakers often look to lay blame.

“The reason why African Americans face higher death rates is not because they have higher rates of uninsured, poverty, diabetes,” said Knittel. “It could be because the quality of their insurance is lower, the quality of their hospitals is lower, or some other systemic reason. Our analysis can hopefully allow policymakers to focus on a narrower set of potential causal links.”

Public transit usage is one potential link. The MIT researchers found people who use public transit to commute to work are at a higher risk of dying from Covid-19. People who rely on buses, trains and subways had higher death rates than those who drove to work or telecommuted. Essential workers, many of whom are black and Hispanic, often have no choice but to take public transportation and once at work, aren’t always equipped with proper protections. Paid sick leave isn’t a typical benefit for many hourly jobs, which means many people go to work sick.

“Black Americans and Hispanic Americans are more likely to be employed in service sector jobs that may be considered essential,” said Laurie Zephyrin, who oversees the Commonwealth Fund’s efforts to help vulnerable populations. The Commonwealth Fund is a nonprofit foundation focused on improving access to healthcare.

While the MIT professors weren’t able to pinpoint one direct cause for the higher death rates, Dr. Georges Benjamin, executive director of the American Public Health Association, pointed to an inability to retreat during the pandemic, a high propensity for chronic diseases among African Americans and poverty as possible causes. He also said misinformation during the early days of the pandemic and a lack of proper testing put black lives at risk.

Lackluster testing in the early days of the pandemic hurt the medical community’s ability to find and quarantine people to slow the spread of Covid-19. Even if a community had a testing site, it was often not easily accessible, said Benjamin.

Zephyrin said better messaging on social distancing and increased access to healthcare could make a difference, among other measures.

“We need to make sure the people who drive our buses, deliver our groceries, and are critical for day to day functions have the protective gear required to keep them safe.”