After killings by police, a debate over grand jury secrecy 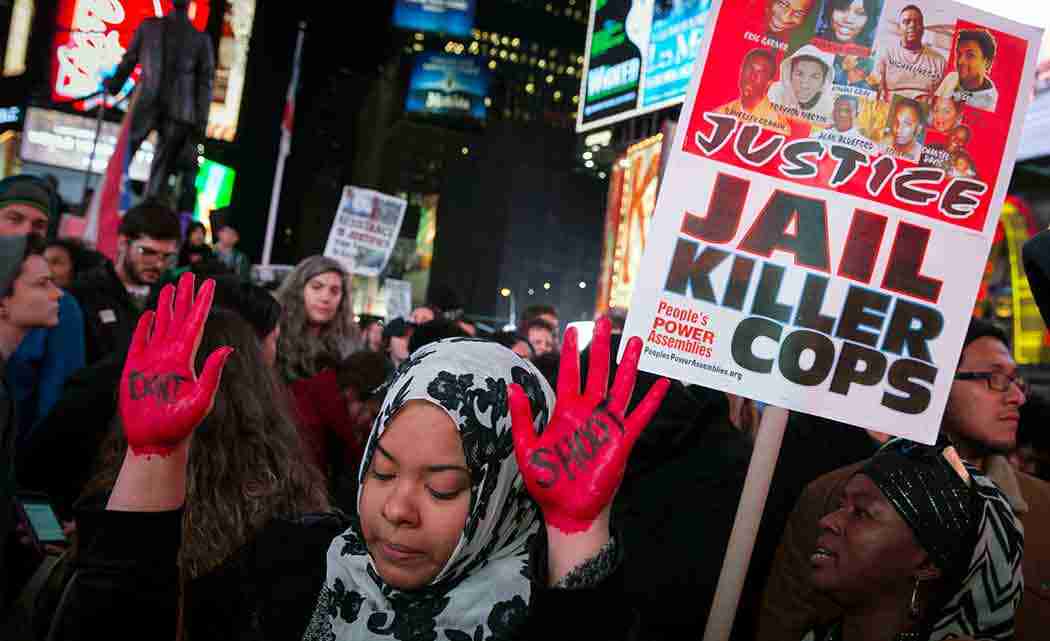 NEW YORK — For centuries, grand juries have held some of the criminal justice system’s best-kept secrets. But their private process has come under extraordinary public scrutiny after recent decisions not to indict police officers in the deaths of unarmed men.

Calls for more transparency have sounded in Congress, statehouses and editorial pages, mixed with notes of caution about forswearing secrecy that can safeguard witnesses and the accused.

The debate has “been more exposed in the last three months than ever,” says Robert Weisberg, a Stanford University law professor who specializes in criminal justice.

New York Gov. Andrew Cuomo last week proposed a limited lifting of the grand jury veil when police kill unarmed civilians, and this week a New York City judge will consider whether to release transcripts of a grand jury’s investigation into Eric Garner’s chokehold death. Proposals to replace grand juries with preliminary hearings in open court, at least in some police killing cases, have recently been floated by lawmakers in Washington and Missouri.

The district attorney in Ferguson, Missouri, took the unusual step last month of letting the public read grand jury transcripts in the shooting death of 18-year-old Michael Brown. The DA in Albuquerque, New Mexico, recently said she’d take a murder case against two officers to a preliminary hearing, instead of a grand jury, because of public frustration with the secret proceedings.

To skeptics, the closed doors can leave important questions unanswerable in a prosecutor-driven process where judges have limited involvement and defense lawyers can’t ask questions.

“Secrecy only breeds suspicion,” says New York City Public Advocate Letitia James, who has joined civil rights advocates and others in petitioning a Staten Island judge to release grand jury transcripts in the Garner case. Such releases are rare in New York, particularly in a case without indictments, and the legal bar is high.

But even some former prosecutors feel the confidentiality can sap public confidence. “You combat that by showing people how it really works,” says former Brooklyn District Attorney Elizabeth Holtzman. She has joined former Manhattan prosecutor Barbara Jones in calling for releasing grand jury transcripts when police are accused of misusing force.

Some prosecutors worry that disclosing even redacted transcripts will expose witnesses to harassment. The state district attorneys’ association is opposing the request in the Garner case.

And in general, many DAs say, grand juries are a time-honored, genuine way to have outsiders assess whether to prosecute. Grand jurors consider only whether there’s probable cause to bring criminal charges, not whether there’s proof beyond a reasonable doubt to merit conviction.

Besides safeguarding witnesses, confidentiality allows for investigating people who might flee if they knew. It also helps limit damage to defendants and targets who don’t get charged, prosecutors say.

“The notion of secrecy and privacy has a good basis in sound public policy,” says Onondaga County DA William Fitzpatrick, the Syracuse prosecutor who is president-elect of the National District Attorneys Association. He favors letting prosecutors disclose summaries of grand jury testimony but feels a broader revamp “would be unwarranted and unnecessary.”

Adopted from English law in colonial times, grand juries were seen as a citizen’s check on a monarchic justice system. The panels were embedded in the U.S. Bill of Rights and state laws, though their parameters and prevalence vary.

In Arizona’s Santa Cruz County, prosecutors use preliminary hearings, rather than grand juries, to address their roughly 1,500 cases a year. The hearings resemble mini-trials before a judge.

“Everything is out in the open,” County Attorney George Silva says. “From a transparency standpoint, I think people like that.”

But some have misgivings about altering the panels’ quiet process.