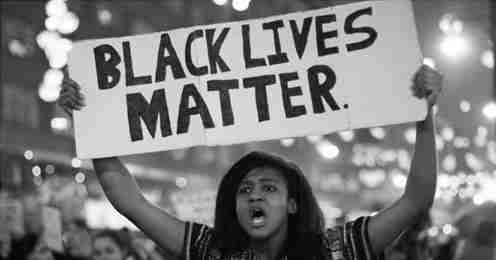 NEW YORK – The latest deaths of black people at the hands of police led Jaime Sunwoo to undertake something she had always struggled with – a conversation with her parents about race.

After two much-publicized deaths in July, the 23-year-old Korean-American from Brooklyn showed her parents a crowd sourced letter initiated by Asian-Americans specifically to urge others in their community to support the Black Lives Matter movement. Translated into Korean, the letter led to an unusual moment when Sunwoo’s mother talked “about our intentions for the movement and what we want to achieve,” her daughter said.

Sunwoo, who said her family did not discuss racial issues when she was growing up, said she had never articulated the ideas “so coherently and all at once” as the letter did. That letter and similar versions in other languages have been circulating in an effort to enlist Asians, Hispanics and other minorities in the movement and to cast light on connections between different minority groups.

“A system that doesn’t value black lives cannot value Asian-American or Asian lives either,” said Jenn Fang, who writes about issues including Asian-American activism at the Reappropriate blog.

From the beginning, Black Lives Matter supporters have included protesters and activists of all races. In this latest campaign, minority supporters are turning to the people closest to them, trying to convince them that the movement is their fight too. “In fighting for their own rights, black ac- tivists have led the movement for opportunities not just for themselves, but for us as well,” an English-language version of the letter says. “Black people have been beaten, jailed, even killed fighting for many of the rights that Asian-Americans enjoy today. We owe them so much in return. We are all fighting against the same unfair system that prefers we compete against each other.”

Karla Monterroso, an advocate for increas- ing black and Latino representation in the technology field, helped write a letter in Spanish and English aimed at Hispanic communities. The Spanish letter references the deaths of Anthony Nunez, Melissa Ventura, Pedro Villanueva and Alex Nieto, who were all killed in interactions with police. Their deaths did not receive as much attention as those of some black men whose deadly encounters with officers were caught on video, such as Alton Sterling, who died July 5 in Baton Rouge, Louisiana, and Philando Castile, who was killed the following day in a suburb of St. Paul, Minnesota. For Latinos, “not being able to get their stories told around this leaves the black community alone in a struggle that is really shared,” she said.

Latinos and blacks “have very, very intricate and interwoven issues that can almost be spoken to in the same sentence with regards to the criminal justice system,” said Maximo Anguiano, an activist in San Antonio, Texas, who has written about the need for Latinos to speak out against police misconduct.

Translating the letter into many languages helps bridge a gap between generations, Fang said, because members of an immigrant generation and those who were born and raised in the United States often understand the political world differently. “How do we talk about our issues of politics and culture and just being different from our parents when we don’t have the language to communicate in a way that both sides would really like to be able to do?” she said. “It’s really about finding a common language … so that we can actually talk about anti-blackness and racial justice.”

She pointed to the controversy around the case of Peter Liang, a Chinese-American officer convicted in February in the shooting of Akai Gurley, a black man killed by a ricocheting bullet in a dark public-housing stairwell in New York City.

Several thousand mostly Chinese-Americans rallied around the country to support Liang, saying he was being scapegoated for white officers who killed black men.

Other Asian-Americans demonstrated against that stance, saying Liang’s supporters were taking on the wrong fight by supporting an officer who killed an innocent man.

Some of the disconnect between the two sides happened because they were organizing in different ways and in different languages, Fang said. “We weren’t really talking at all until we met in the streets,” she said.

Some multiracial people have found comfort in the widening of the movement.

“I think both Asian communities and Latin communities really need to recognize there are black people who exist in their communities already,” said Gian-Luca Matsuda. The 29-year-old was born in Brazil to a Japanese Brazilian father and an Afro-Puerto Rican mother.

The activism behind the letter is a different approach than going to rallies or marches, said Ray Deng, also 29, whose parents are immigrants from China. It’s about immigrants and their children being willing to engage in tough conversations about race with the people closest to them.

“We have to speak in our own communities,” he said. “When it’s the responsibility of the already disenfranchised group to `be the change’ there’s something wrong with that.”