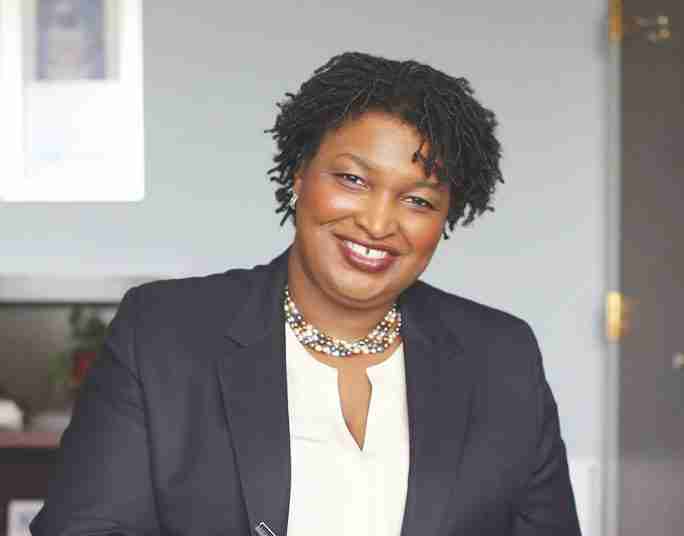 ATLANTA (AP) _ This week’s primary election in Georgia presents black women voters with a rare opportunity: To give a Democrat who looks like them a chance at occupying the governor’s mansion in a Republican-controlled state.

If Abrams wins the primary and the general election, America would get its first black woman governor. Given that black women are Georgia’s third largest voting bloc, many such voters are relishing the possibility of making history happen twice over.

“Everybody’s saying no black woman could ever become governor,” said Abrams supporter Mo Ivory, 48, a lawyer who, like Abrams, is a graduate of all-female, historically black Spelman College in Atlanta.

“We thought no black man could ever become president of the United States, but he did,” Ivory said, referring to Barack Obama. “If we think so small, like it could never happen, we’ll never have these historic moments in time.”

The U.S. currently has six women governors _ two Democrats and four Republicans _ serving in Alabama, Iowa, New Mexico, Oklahoma, Oregon and Rhode Island. With 2018 shaping up to be the biggest boon for women in American politics since a wave of female candidates were elected to Congress in 1992, the rising influence of black women at the polls is hard to ignore.

According to Higher Heights, a national organization focused on increasing black women’s political participation, more than 70 percent of black women voters went to the polls when Obama was re-elected in 2012, outpacing turnout by white women (65.6 percent), white men (62.6 percent), and black men (61.4 percent).

Bottoms hasn’t officially endorsed a candidate in the gubernatorial race but counted Evans among her supporters. She said she feels compelled to help empower other women, especially black women.

“As black women go, so go our communities,” Bottoms said in an interview at Atlanta City Hall shortly after her January inauguration. “We may not have the titles or recognition, but we lead. We stand in the gap a lot of times when the rest of our community is falling short.”

“She doesn’t go to the polls alone,” Carr explained. “She brings her house, her church, her block, and her sorority. When you actually invest in us, we overperform.”

Abrams, 44, is counting on that sense of sisterhood. Among those stumping for her this month were actress Tracee Ellis Ross and California Democratic Senator Kamala Harris, a potential 2020 presidential contender who also campaigned for Bottoms.

“While some black women will no doubt support Evans, others will no doubt be drawn to the historic nature of Abrams’ candidacy,” Gillespie said.

Evans, 40, who’s white, is well aware of this. She’s curried endorsements from several black elected officials and made a campaign theme out of Georgia’s HOPE Scholarship, a popular college-aid program.

“That was number one for me,” said Janean Lewis, 39, a black Atlanta educator who’s backing Evans _ a decision she says wasn’t easy.

The struggle between the issues and race loyalty isn’t lost on Abrams, the first woman party leader in the state General Assembly and the first African-American to lead its House of Representatives.

“It is sometimes our own communities that question … how we see black women as part of the larger community,” Abrams said in an interview at her campaign headquarters. “We have to imagine more for our politics and more for our people.”

Ivory said she’s heard “a surprising number of black women” say they’re supporting `the white Stacey,”’ and she wonders how much this could hurt Abrams.

“We all lined up, no matter how we felt about Keisha,” Ivory said, referring to Bottoms. “It doesn’t seem like the same thing is applying here.”

Last November, Lewis voted for Bottoms as mayor because she considered Bottoms’ race and gender “icing on the cake.” While she’s now backing Evans, she can’t bring herself to oppose Abrams publicly.

“At the end of the day, she is my sister,” Lewis said. “I just don’t know if she needs to be my governor. It’s a hard pill to swallow.”