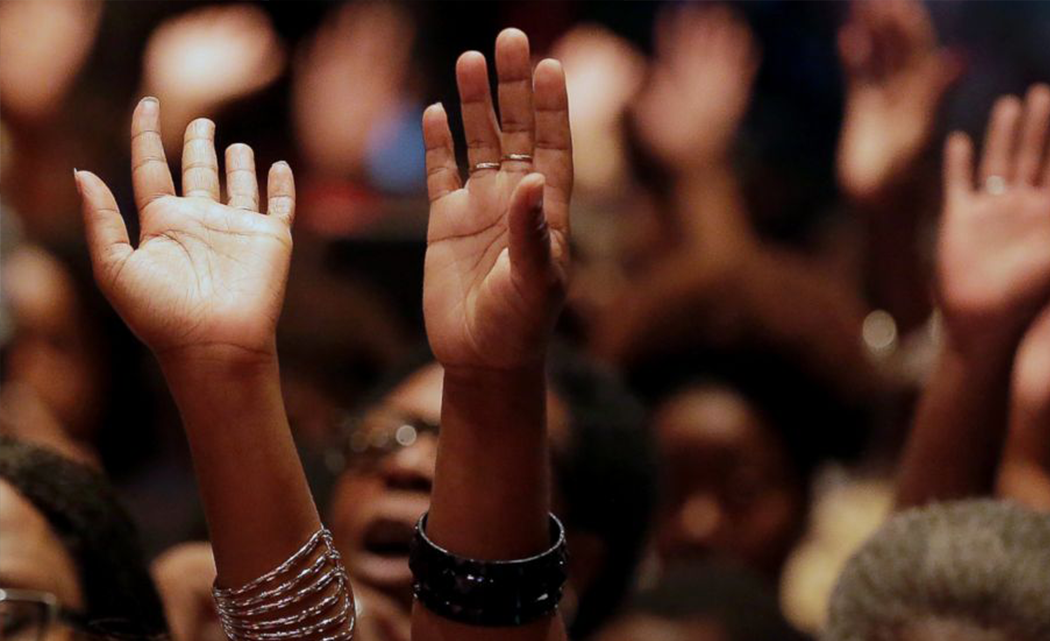 FERGUSON, Mo. (AP) — With a grand jury announcement in the Ferguson case drawing near, many churches plan to open their doors, offering prayer, shelter, food and a safe sanctuary for protesters, residents, schoolchildren and others who may be affected by potential unrest.

The shooting death of 18-year-old Michael Brown, who was black and unarmed, by a white Ferguson police officer on Aug. 9 has led to numerous protests in Ferguson and elsewhere in the St. Louis region. The grand jury that is deciding whether to file charges against Darren Wilson, the officer who shot Brown, is expected to reach a decision this month.

While most of the protests have been peaceful, some were violent, especially in the nights immediately after the shooting. There is concern that violence will follow the grand jury decision, especially if Wilson is not indicted.

Several churches plan prayer vigils after the grand jury announcement. Some will offer food, shelter and medical care – especially with the concern that if protests are blocking streets, transporting the injured to hospitals could be difficult.

Christ Church Cathedral in downtown St. Louis will open for a 24-hour prayer vigil after the grand jury announcement. Cathedral Dean Mike Kinman cited the “deep brokenness” in the community after Brown’s death.

“We know this decision will be a crisis point for our region,” Kinman said. “Even the anticipation of it has put St. Louis in a place of fear, anxiety and high reactivity.”

A coalition of 11 churches, mostly in and near Ferguson, on Friday announced a partnership with two school districts to provide support for children and their families after the grand jury announcement. The churches will offer food, education and counseling. The Ferguson-Florissant and Riverview Gardens school districts will provide the food, and will help staff the churches with volunteers. Some teachers are expected to volunteer and help students continue learning, even if schools are shut down, said Jana Shortt, spokeswoman for the Ferguson-Florissant School District.

Leaders of the effort say they expect to serve nearly 2,000 meals per day if schools are forced to close.

“We recognize the need to feed bodies but we also want to comfort troubled hearts and minds,” said the Rev. Steve Lawler of St. Stephen’s Episcopal Church in Ferguson.

Some churches are taking action before the announcement. Both Roman Catholic parishes in Ferguson – Blessed Teresa of Calcutta and Our Lady of Guadalupe – have revised their Mass schedules to focus strictly on “peace and justice” this weekend.

Next post CIVIL RIGHTS FIGURE: US DIVIDED BY RACE AGAIN