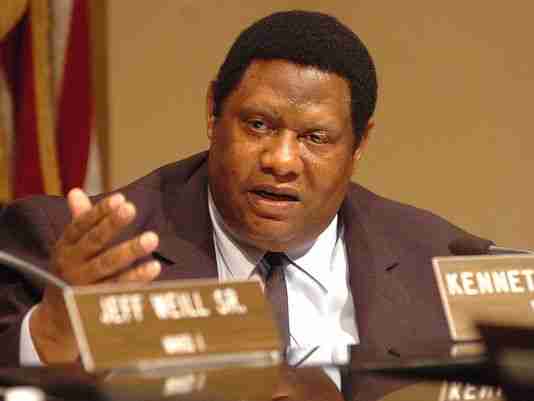 A Jackson city councilman suggests that his comment about throwing rocks, bricks and bottles at police was taken out of context.

Kenneth Stokes says he told two television stations Friday that he plans to meet with black leaders to decide what to do about officers who chase misdemeanor suspects from other jurisdictions into Jackson, but his own suggestion would be “bricks, bottles and rocks.”

He told a news conference Sunday that black leaders will decide what to do about such chases, which he says endanger children and elderly people.

Race is a factor in the chases, and he wants a federal investigation, said Stokes, who is black.

Watch the uncut video of the news conference.

He spoke to The Associated Press by phone from Canton, Mississippi, after a news conference Sunday night.

If officers chase a misdemeanor suspect who’s driving with wanton disregard for others’ safety, that driving is itself a felony charge, Tucker said.

“It’s a felony because his constituent is endangering those children,” Tucker said.

He estimated that more than 9 in 10 police chases toward Jackson after misdemeanor suspects end at the Hinds County line because officers or their supervisors decide not to continue them. Often, he said, the reason is safety considerations such as road conditions or the fact that a chase was likely to go past a church or school at the end of a service or school day.

“We may in a year’s time have three or four pursuits that end in Hinds County of Jackson, as opposed to calling off 40 or 50,” he said.

He also says Stokes could have just asked to meet with authorities from nearby jurisdictions about the chases.

Next post Brady and Patriots head into the playoffs