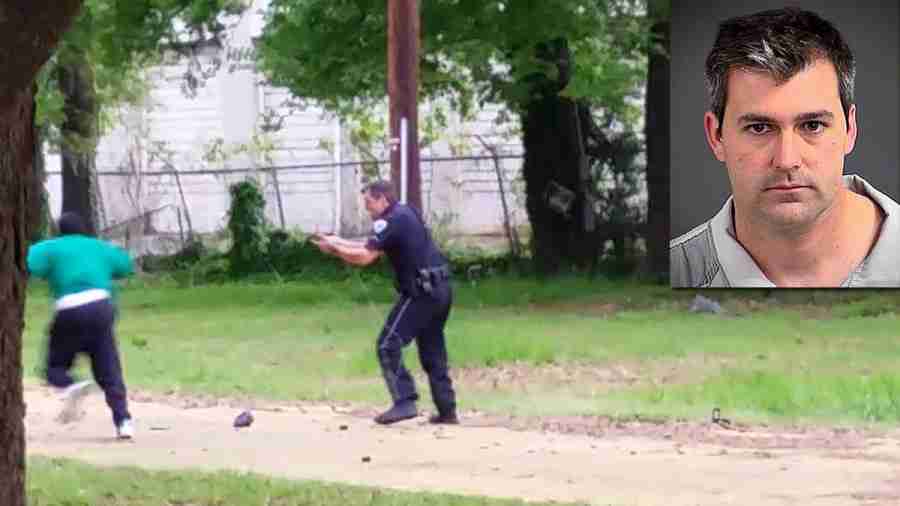 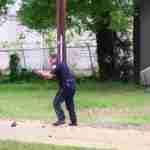 CHARLESTON, S.C. (AP) – A judge reached no decision Thursday on whether to grant bail for a white former police officer charged with killing an unarmed black man following a traffic stop in coastal South Carolina.

Judge Clifton Newman said he wanted to review information presented during an afternoon hearing. He did not say when he would rule on bail for former officer Michael Slager, who is charged with murder in the April 4 shooting death of Walter Scott in North Charleston.

During the hearing Scott’s mother, Judy Scott, fought back tears as she told the court, “My heart is totally broken today. I cannot hug my son anymore. That was my son murdered without mercy, no mercy at all.”

It was the first time the family had been in the same courtroom with Slager.

Solicitor Scarlett Wilson said Scott should not have run from the traffic stop that sparked the confrontation, but that didn’t mean Slager “should have become a firing squad and executioner.”

Slager told investigators after the incident that Scott tried to grab his gun and Taser. But Wilson told the court that Scott was running away from the officer and the only time Slager could be seen running was to go back, pick up the Taser and then drop it by Scott’s body.

Defense attorney Andy Savage urged the judge to allow his client to post a bond and remain under house arrest. He said Slager had no criminal record, was an exemplary officer and has a wife and three children.

He said Slager is no flight risk because he wants to return to court to clear his name.

“We believe, as Mr. Slager believes, we have an excellent case to defend the allegations,” he said. Slager’s parents and sisters were in the courtroom.

Both the prosecution and defense said North Charleston had a quota system for police officers making traffic stops.

Justin Bamberg, who represents the Scott family, said those quotas turned North Charleston officers into monsters looking for any excuse to pull people over and get them into legal messes.

Lawyers for Slager filed 150 pages of documents ahead of the hearing, including a toxicology report showing there was cocaine in Scott’s blood when he was killed. Wilson told the judge the levels were low and that Scott “was not under the influence of cocaine.”

While some defendants charged with murder in Charleston County have been released on bond, Slager’s case is unique, said Joe Savitz, a criminal defense attorney in Columbia.

“In a case like this, you have got the video tape, which regardless of what he says about what the tape really shows, shows him shooting a man repeatedly in the back,” Savitz said, referring to a bystander’s cellphone video that captured Slager firing eight times as the 50-year-old Scott ran away.

“It would take a very courageous judge to let him out under the circumstances. If the judge lets him out, and Charleston just goes up in flames, they’re going to blame the judge,” he added.

Scott was killed April 4, about two months before the shooting deaths of nine black parishoners at a Charleston church and the arrest of a white suspect in that case. Both cases have heightened racial tensions.

Slager, 33, has been in solitary confinement since his arrest. He was fired after the shooting, which inflamed the national debate about how blacks are treated by law officers.

Slager faces 30 years to life without parole if convicted of murder. There were no aggravating circumstances such as robbery or kidnapping, so the death penalty doesn’t apply in the case, the prosecutor has said.

In the immediate aftermath of the shooting, Scott’s family called for peace, an act some have credited _ along with the officer’s speedy arrest _ with staving off the protests and violence that have erupted in other cities where black men have died during encounters with police. If Slager is released, some community leaders said that could change rapidly.

A handful of protesters stood outside the courthouse as Thursday’s hearing got underway.