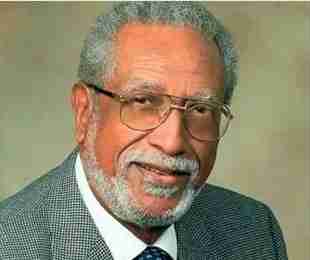 LORMAN, Miss. — Norris Allen Edney Sr., an African American educator who earned advanced degrees during segregation and later served twice as the temporary leader of historically black Alcorn State University in Mississippi, has died. He was 81.

Edney was interim president of Alcorn State from February 2010 to January 2011 and acting president from December 2013 to March 2014.

Alfred Rankins Jr., Alcorn State’s current president, said Edney was “one of the most respected and longest-serving educators” in the 146-year history of the university.

He began his career at Alcorn State as a biology instructor in 1963.

He later became chairman of the Biology Department, dean of the School of Arts and Sciences, dean of graduate studies and interim dean of the nursing school.

Edney was president of the Southwestern Athletic Conference from 1979 to1984.

He was a past president of the Natchez-Adams County School Board.

“Alcorn has lost one of its long-standing pillars with the passing of Dr. Norris Edney,” said Donzell Lee, provost and vice president for academic affairs. “Edney was a mentor and role model to many. His guidance, wisdom and most importantly, his presence and voice had an immeasurable impact on the Alcorn family.”

Survivors include Edney’s wife, Lillian and their children..