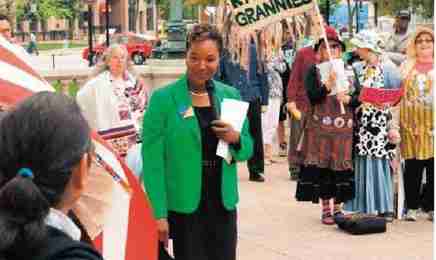 MADISON, Wis. (AP) – A National Rifle Association lobbyist is telling a Wisconsin legislative committee that guns were a great equalizer for “the blacks.”

Scott Meyer appeared before the state Senate’s judiciary committee during a public hearing on a Republican bill that would allow people to carry concealed weapons without permits or training. The NRA supports the measure.

Meyer told the committee that the cost of training can prevent minorities from obtaining concealed carry licenses, adding that guns were one of the great equalizers for “the blacks” after emancipation.