Black NewsEntertainmentSeason of the Arts

One of first black classical ballerinas to lead dance series 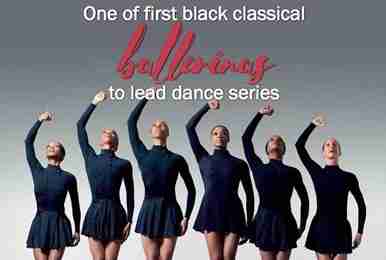 Brown is one of the first African American ballerinas in the United States. She was a classical ballerina who paved the way for all African American dancers. PHILANDANCO, Brown’s modern contemporary dance company rooted in black traditions, will perform Friday, January 13 and Saturday, January 14 at 8 p.m. at the Duncan Theatre. The prestigious dance series begins featuring their moving repertoire inspired by the “Central Park Five” who were wrongfully convicted of a brutal rape in 1989.

Brown founded the Philadelphia School of Dance Arts and then the Philadelphia Dance Company (Philadanco) because of the lack of opportunities available to black students, dancers and choreographers. In the process, this talented and forceful ballet dancer has created and developed two nationally admired institutions and given the dance world many of its talents.

Currently, she serves as honorary chairperson for the International Association of Blacks in Dance (IABD), an organization she established in 1991. She also founded the International Conference of Black Dance Companies in 1988. The Kennedy Center honored her as a Master of African American Choreography in 2005.

Brown’s status as a leader in the national and international arts communities was also acknowledged when she was selected to receive the 2012 National Medal of the Arts, the nation’s highest civic honor for excellence in the arts. President Barack Obama presented the prestigious honor at a ceremony that took place in July 2013 at the White House. President Obama cited Ms. Brown for carving out “an artistic haven for African American dancers and choreographers to innovate, create and share their unique visions with the national and global dance communities.”

Brown is featured in a recent documentary, “Black Ballerina,” which tells the story of several black women from different generations who fell in love with ballet. It details how Brown, Delores Browne and Raven Wilkinson confronted racism, exclusion and unequal opportunity while pursuing their dreams six decades ago.

Brown was also featured in the book, “Joan Myers Brown and the Audacious Hope of the Black Ballerina: A Biohistory of American Performance,” that tells the personal and professional histories that reflect the hardships as well as the advances of African Americans in the artistic and social developments of the second half of the 20th and the early 21st centuries.

“We are proud to welcome PHILADANCO and Joan Myers Brown to the Duncan Theatre to kick-off our 30th Anniversary season of modern dance. We are excited to share with the community this acclaimed American Dance Company known for blending African American-based dance with ballet, jazz, and modern,” said Mark Alexander, Theater Director. “The diverse and innovative choreography of the works being performed is astounding. The company’s ability to speak to its audience shines through in works to be performed, such as, ‘A Movement for Five,’ a socially relevant piece by Dawn Marie Bazemore inspired by the injustices surrounding the Central Park Five, the black and Latino teenagers wrongly convicted of rape in New York City in 1989 to the exuberant and introspective, ‘Super8!’ Prepare to be immersed in an evening of intense and joyful performance by skilled dancers.”

In addition to the two performances, on Saturday, January 14, there will be a Master Class at 11 a.m. at the Duncan Theatre for advanced dancers. Immediately following both performances on Friday and Saturday evening, there will be an ‘Audience Talk-Back’ with the dancers and artistic team of PHILADANCO.