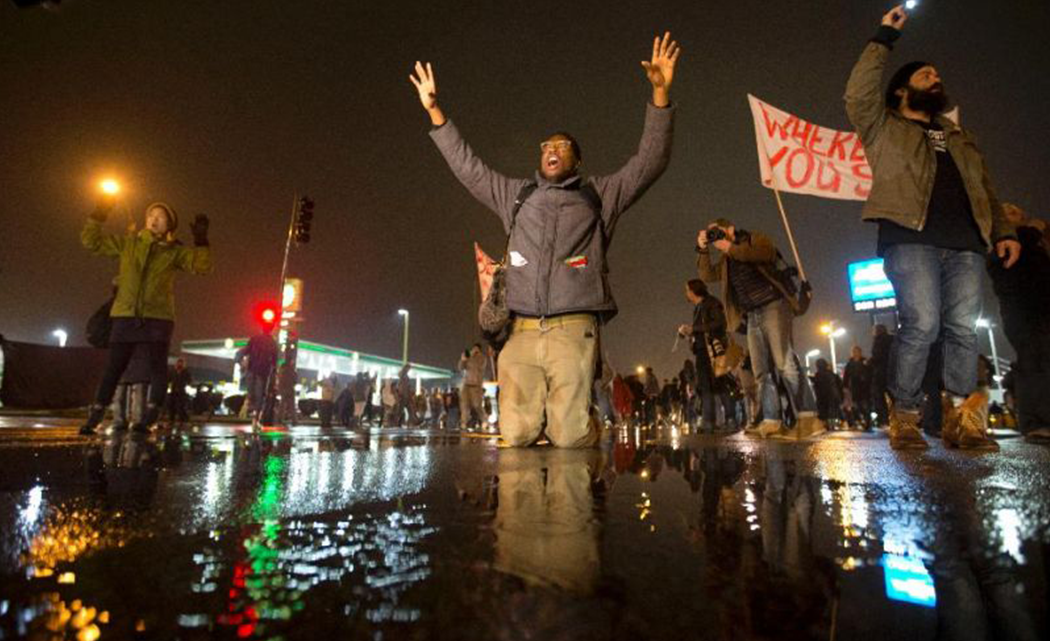 FERGUSON, Missouri (AP) — The weekend passed without a grand jury decision in Ferguson, Missouri, about whether to indict a white police officer in the shooting death of Michael Brown, an unarmed black, fueling speculation about the timing as protesters demand justice for the 18-year-old boy.

After meeting Friday but apparently not reaching a decision, the grand jury was widely expected to reconvene on Monday to consider possible charges against Darren Wilson, the white suburban St. Louis officer who fatally shot Brown after a confrontation in August. There was no official confirmation about when the grand jury would meet again.

The shooting triggered riots and looting, and police responded with armored vehicles and tear gas. Many in the area thought a grand jury decision on whether to charge Wilson with a crime would be announced Sunday, based partly on a stepped-up police presence in the preceding days, including the setting up of barricades around the building where the panel was meeting.

Downtown STL Inc., a St. Louis civic group that promotes downtown businesses, told members in an email Saturday that the grand jury will reconvene Monday to continue deliberating. The email did not explain how the group knew that, and St. Louis County Prosecutor Bob McCulloch’s office has not commented on the grand jury’s schedule.

McCulloch has said he expected a grand jury decision by mid-to-late November, and it’ll be up to him to publicize it. But that’s not ultimately in his control. The 12-person grand jury deliberates in secret, without McCulloch, and sets its own schedule depending upon when the members are available.

Benjamin Crump, an attorney for Brown’s family, said they are frustrated the prosecutor didn’t charge Wilson himself, or at least suggest a charge to grand jurors.

As it is, “you don’t have any direction, you’re just putting all the evidence out there and you’re going to let them figure it out and they can make up their own minds,” Crump said. “You know, it just boggles the mind why he thinks this is fair.”

Next post Obama to award Presidential Medal of Freedom