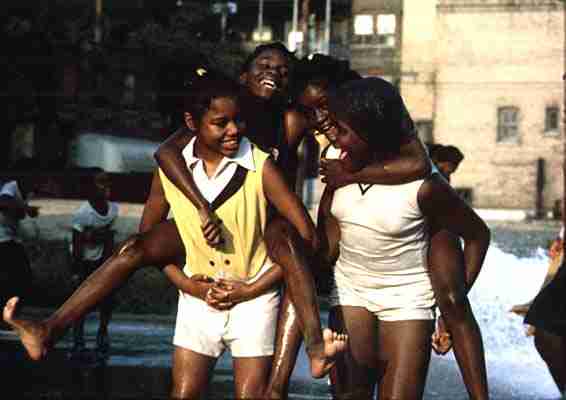 WASHINGTON – Adults think that black girls are less innocent, less in need of protection and nurturing, and seem older than similarly aged white girls, which could lead to stiffer punishments in school, a new report said Tuesday.

The report also said American adults think black girls know more about adult topics and about sex than white girls of the same age. And those perceptions are greater when it comes to younger black girls ages 5-9 and 10-14. The discrepancy continues to a lesser degree with girls ages 15-19.

“This new evidence of what we call the ‘adultification’ of black girls may help explain why black girls in America are disciplined much more often and more severely than white girls, across our schools and in our juvenile justice system,” said Rebecca Epstein, lead author of the report and executive director of the Center on Poverty and Inequality at the Georgetown University Law Center.

The study surveyed 325 adults from a variety of racial and ethnic backgrounds and educational levels across the United States to come up with its results.

The Department of Education said in 2014 that black girls are suspended at higher rates than girls of any other race or most boys. The data didn’t explain why the disparities exist or why the students were suspended.

The new report mirrors one by the American Psychological Association in 2014 that showed that black boys as young as 10 are more likely to be mistaken as older, be perceived as guilty and face police violence if accused of a crime.

The report’s authors called for additional study as well as support for black girls to combat adults’ negative stereotypes.

“These findings show that pervasive stereotypes of black women as hypersexualized and combative are reaching into our schools and playgrounds and helping rob black girls of the protections other children enjoy,” said co-author Jamilia Blake, a Texas A&M University professor.