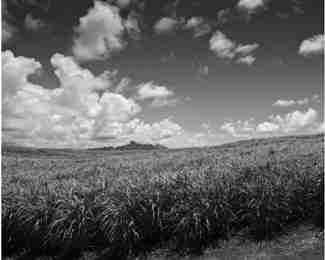 BATON ROUGE, La. – Debbie Martin has spent the past six months slogging through overgrown wooded areas near sugar cane fields in West Baton Rouge Parish – something her parents warned her against as a child.

“We were always told, `Stay out of the woods because there are cemeteries in there,’” she said. “We thought they just told us that to keep us out.”

But she has discovered the stories were true.

Hidden within the alcoves of trees and thick shrubbery are graveyards filled with African American bodies. Most were a part of the enslaved population that once tilled the cane fields near where their bodies are now buried, as well as the descendants of many of those slaves.

Plantation owners had a moral obligation to bury the dead, Martin said, but they would do it on the parts of their land that were not farmable.

“These people didn’t have a choice,” Martin said of where slaves were laid to rest. “This is where they were buried.”

The state of the cemeteries further underscores how those buried in them over the years have been denied their dignity even in death.

Martin, a local genealogist, has discovered and mapped out more than 3,000 burials of black people in nearly 30 cemeteries, most hidden in secluded woods near sugar cane fields in West Baton Rouge Parish. She suspects there could be many more.

Martin has been on a self-appointed mission to discover exactly who was buried when and where. So far, she’s tracked burials dating as far back as 1887. She stumbled across these forgotten cemeteries while helping a family uncover its ties in West Baton Rouge Parish.

Now, her mission is expanding into forming a nonprofit association she intends to use to bring respect to these burial sites and to provide younger generations with knowledge of the past.

“We’re really going to need to raise some funds to do what we need to do,” she said. “I want to put up signs, fences. Give people a place to visit their ancestors.”

Most of the cemeteries Martin has discovered are tucked away on the outskirts of former plantations, amid tangles of trees and bushes and often next to ditches.

To scout cemetery locations, she perused death certificates, reviewed old obituaries and drew from a variety of other sources.

An interview with the owner of a black- owned, family-run funeral business proved helpful, as the business handles funeral services for many black families in West Baton Rouge Parish.

The Rev. Arthur Franklin recalled the burial of his infant sister in St. Catherine cemetery, along the ditch line of U.S. 190 near the La. 415 intersection in Port Allen, back when he was a boy.

Franklin hasn’t been able to access the cemetery in years. It’s so overgrown he doesn’t even know where his sister’s gravesite is anymore.

“Some of these places, you just won’t believe it’s a graveyard,” he said. “Back in the day, you would have to hook a tractor to a hearse just to get the casket back there.”

Ownership of the long-neglected cemeteries is a tangled web of various land sales, transfers and trades. A few are owned by small churches with congregations mostly too old and feeble to maintain them properly.

Martin also has identified two cemeteries within the Dow Chemical plant complex. She’s hoping to gain access to them for her research and cataloging.

There were still burials taking place at some graveyards up until 2003, often because family members wanted to be buried near loved ones who had died years earlier.

But the years of neglect, vandalism and Mother Nature have turned them into ghastly sites.

Concrete vaults, some stacked on top of one another, are shrouded in weeds and vines. Some vaults have been shattered by vandals, broken by fallen trees or damaged by farm equipment, exposing the sealed coffins they were meant to protect.

Many graves lack headstones to identify who is buried there, while a few have hand-scribbled markers identifying the dead.

A lack of roads or accessible paths leading to the cemeteries has made it nearly impossible for people like Anita Gray to visit the graves of ancestors buried in cemeteries Martin has mapped.

Gray, who uses a wheelchair, has ancestors on both her father’s and mother’s sides of the family buried in the Ashland and Orange Grove cemeteries – at the former sites of two plantations of the same names.

“I sometimes wonder and worry that when my generation passes on, who will remember that our loved ones are back there? What will happen to their remains then?” she said. “When my grandmother died in 2012, she told my mom she did not want to be buried out in the weeds.

She made it a declaration.”

Gray has volunteered to serve on the nonprofit group Martin has formed, called the Westside Cemetery Preservation Association. Martin has created a

Recently, Martin began making the rounds of government agencies and historical groups in the parish to raise awareness of her cause.

Julie Rose, director of the West Baton Rouge Museum, said several state and national organizations can help provide the resources Martin needs to carry out her mission. Martin already has reached out to the museum for help.

“This notion that they (the cemeteries) are a vanishing landscape is truly her motivation,” Rose said. “These cemeteries are a very important part of the parish’s history. We know very little about them, which is why Debbie’s work is so appreciated.”

And she has a state attorney general’s opinion that says property owners can do little to restrict access to the cemeteries.

In addition to restoring and cleaning up the gravesites, Martin said she wants to create an online database with the names and locations of the deceased that can be searchable for family members tracing their roots.

She also hopes to secure grant funding and to bring in experts to do a more in- depth survey of the graveyards for more exact data regarding how many bodies are buried below the ground.

“We don’t want to stop at restoration. We want to keep this going,” she said. “Once they are restored, it will be great to get churches with older congregations together with the younger students in the parish. The younger generations need to know the sacrifices these people made.”

Next post Oh, what a night at the opera

Previous post Love is that person in the mirror