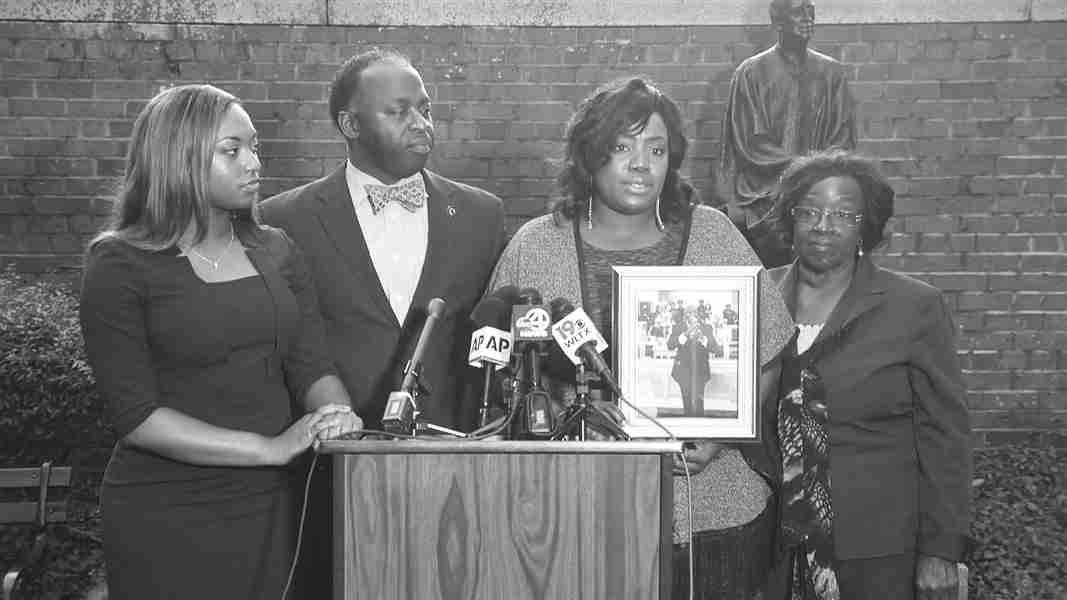 CHARLESTON, S.C. – With Charleston church shooter Dylann Roof getting nine life sentences in state court on top of a federal death sentence, his prosecutions are finally over – and some relatives of the nine parishioners he killed at a historically black church say they can finally begin to heal.

Nadine Collier, daughter of the slain 70-year-old Ethel Lance, wore a white suit to Roof’s sentencing Monday; a color she said lets the world know a chapter in her life had closed.

“I will not open that book again,” she said to Roof, before he was sentenced. “I just want to say, have mercy on your soul.”

The 23-year-old avowed white supremacist said nothing in his own defense as he was sentenced Monday on nine counts of murder, along with three charges of attempted murder and a weapons charge. He was taken from court back to the Charleston County jail, where he’ll await transfer to a federal prison and, ultimately, the federal system’s death row in Terre Haute, Indiana.

Roof’s plea deal came in exchange for an agreement that state prosecutors would drop their own pursuit of the death penalty against him for the June 2015 slaughter at Emanuel AME Church. Judge J.C. Nicholson handed down nine consecutive life sentences.

Roof stood at the defense table with his attorneys, clad in a gray and white striped jail jumpsuit and handcuffed to a chain at his waist.

The deal, Solicitor Scarlett Wilson said, serves as an “insurance policy” in the event that Roof’s federal conviction falls apart. But it also means the families of the nine people he killed don’t have to endure a second grueling trial.

Roof was 21 when he walked into a Wednesday night Bible study session at the historic church known as Mother Emanuel. As witnesses testified in his federal trial last year, Roof waited until the session’s closing minutes to unload 77 shots into his victims as they shut their eyes in a final prayer.

Survivors testified during the federal trial, evoking chilling images of the bloody Wednesday night tableau. Jennifer Pinckney, widow of slain pastor and state Sen. Clementa Pinckney, brought some jurors to tears as she told how she shielded her young daughter in her husband’s office while the bullets rang out in the nearby fellowship hall.

At Roof’s first court appearance on the day after his arrest, his victims’ relatives spoke of forgiveness, with some saying they mourned their loved ones but would pray for his lost soul. The families of what have become known as the Emanuel Nine have been widely lauded for their willingness to forgive in the face of sorrow but also, in embrace of their strong faith, to pray the man who drastically altered their lives would find peace himself.

That sentiment was present at Monday’s hearing.

Blondelle Gadsden, sister of slain Myra Thompson, said she hoped Roof would find his own faith in prison.

“I can’t think of anything worse that he could do at this point than to not accept Christ and try to make his days on this earth a little bit more peaceful,” she said.

But Eva Dilligard, whose sister Susie Jackson was slain by Roof, said, “I think somebody doing something like that, he should get death. … I’m very sorry. I’m a child of God. But he hurt the entire family.”

Roof didn’t address the court Monday. But his grandfather, Columbia attorney Joe Roof, said that, while he was saddened that his grandson wouldn’t be a part of his later years, “The system … seems to have worked as it should have worked.”

The elder Roof also said he and his wife pray for the Emanuel families regularly.

“I want everyone to understand that nothing is all bad, and Dylann is not all bad,” the elder Roof said. “We have been distressed and just sick over what has happened to these families.”

Eric Manning, Emanuel’s current pastor, told the judge some of his parishioners still struggle to worship in the same place where their fellow congregants were massacred. But he said his congregation, and the victims’ families, are moving on.

“For surely love is always stronger than hate, and hate will never win,” he said.

Previous post H. R. 40 is not the only answer