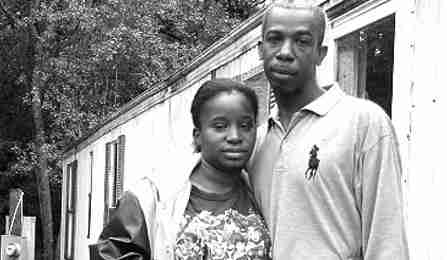 Lakeya Hicks and Elijah Pontoon were the victims of unlawful police conduct.

COLUMBIA, S.C. – A black South Carolina couple that accused police of subjecting them to illegal body searches on the side of the road has settled a lawsuit against four white officers.

Documents filed in federal court late last week show Lakeya Hicks and Elijah Pontoon stipulated to the dismissal of their lawsuit against police officers for the City of Aiken. Court papers didn’t include an amount of the settlement, and city officials didn’t return a phone message seeking comment.

The searches don’t occur on camera, but audio captured by a dash camera has been widely circulated online.

According to the lawsuit, the couple said they were pulled over because the car had a paper license tag, though an officer said during the encounter that he knew Pontoon because he had previous arrests several years earlier. Their car is then searched with dogs trained to sniff out drugs, and the couple is put in police cars before being searched themselves.

The officer is heard telling Pontoon that because of “your past history,” he summoned a police dog to check the car.

When Pontoon – who has prior drug arrests but none in recent years – objected to what he described as harassment, the lawsuit says the officer told him: “You gonna pay for this one boy.”

“I felt very humiliated,” Hicks told The Associated Press in a 2016 interview, discussing the incident and lawsuit. “We don’t want this to happen to anybody else.”

Next post McCain returns to Congress with integrity and courage