The importance of African American Media in today’s media environment 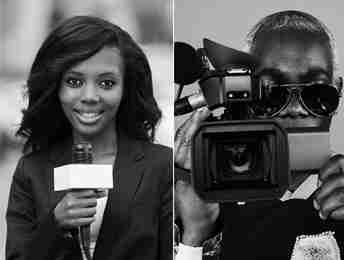 By BERNADETTE A. MORRIS

MIAMI – Today’s media environment is constantly evolving. It’s no longer limited to traditional media, and now encompasses social and digital. In recent discussions, the topic of digital vs. traditional media always garners its fair share of dialogue. But, the conversation often fails to include mention of ethnic and multi-cultural media, which is overshadowed in the larger discussion.

Let’s start out with some national stats and facts:

• African Americans watch the most television of any group, watching nearly 200 hours per month – roughly 60 more hours than the total audience.

• Radio is another medium with high levels of connectivity for African Americans. In a recent Nielsen report, where 10,000 African American adults were surveyed, 92% said they tune in to radio each week, listening for more than 12 hours, which is 5% longer than the total audience.

• During a time when digital is dominating news media consumption, African American consumers still trust print, however. In fact, 52% of the black consumers Nielsen surveyed were more likely to be voracious readers of magazines, which is 30% higher than the general population.

• Fifty-nine percent of African-Americans agreed that advertisers in black newspapers, specifically, know how to connect with black audiences.

What does all of this mean? It means that reaching Black media equals POWER! • Black media = Power to increase your visibility

The media is one of the most powerful forces in our society. This includes Black media, as they convey our message to the public and develop the way the public perceives our project. Black media continues to be a critical part of the American marketplace, and will contribute substantially in the economic recovery of American business.

For advertisers seeking to connect with African Americans, this means that marketing in Black outlets can help amplify content and ensure that Black audiences receive messages in a timely manner – further extending brand reach.

According to a report from the University of Georgia’s Selig Center for Economic Growth, Black buying power is projected to reach $1.2 trillion this year and $1.4 trillion by 2020. Black media makes up a diverse group of trendsetters, influencers, social activists and content creators and they have the power to leave an indelible footprint on today’s rapidly changing mainstream.

Let’s always include Black media in the conversation and recognize their value in both digital and traditional coverage. It’s both critical and necessary.