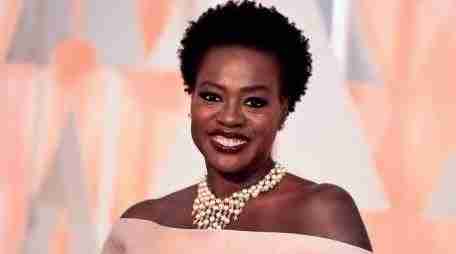 Injecting a strong dose of politics into the glitzy event, the 80-year-old director used his acceptance speech at Britain’s equivalent of the Oscars to lambast the country’s Conservative government.

Loach said his docudrama about a carpenter trying to get welfare after a heart attack shows that “the most vulnerable and the poorest people are treated by this government with a callous brutality that is disgraceful.”

He was cheered by an audience at London’s Royal Albert Hall that included Prince William, his wife, Kate, and nominees including Meryl Streep, Casey Affleck, Emma Stone and Nicole Kidman.

Both William and Kate wore black and white – he a tuxedo, she an off-the-shoulder Alexander McQueen gown and glittering chandelier earrings. “La La Land,” an effervescent musical starring Ryan Gosling and Emma Stone, has 11 nominations, including best picture, best actor and best actress.

The U.K. awards, known as BAFTAs, are often seen as an indicator of who will win at Hollywood’s Academy Awards, held two weeks later. “La La Land” already is a dominant force at the Oscars, with 14 nominations. It also has won seven Golden Globes.

A visibly moved Davis praised Wilson’s play for showing “that our lives mattered as African Americans.” “The horse groomer, the sanitation worker, the people who grew up under the heavy boot of Jim Crow,” she said. “The people who did not make it into history books, but they have a story – and those stories deserve to be told.”

The stars brought a dose of glamor to gray, wintry London, as hundreds of fans lined the red carpet outside the domed concert hall beside London’s Hyde Park.

Many of those attending expected politics to make a guest appearance at the ceremony, as it has so often this awards season.

Streep is among the stars who have used the awards stage to criticize President Donald Trump.

Master of ceremonies Stephen Fry joked about Trump’s dismissal of Streep as overrated, dclaring from the stage: “I look down on row after row of the most overrated people on the planet.”

Barry Jenkins, director of best-picture nominee “Moonlight,” said, “People ought to speak from their heart. If there’s something you’ve got to say, then say it.”

Stone, up for best actress for “La La Land,” said “This is an unprecedented time … I think people need to speak their minds now more than ever.”

Prince William, who is also president of Britain’s film academy, was to present the academy’s lifetime-achievement honor to veteran comedian Mel Brooks during Sunday’s ceremony.

Gosling’s rivals in the best actor race are Andrew Garfield for “Hacksaw Ridge”; Casey Affleck for “Manchester by the Sea”; Jake Gyllenhaal for “Nocturnal Animals”; and Viggo Mortensen for “Captain Fantastic.”

Best-actress contenders are Stone; Amy Adams for “Arrival”; Emily Blunt for “The Girl on the Train”; Meryl Streep for “Florence Foster Jenkins”; and Natalie Portman for “Jackie.” 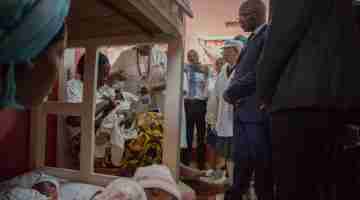 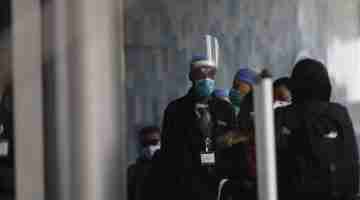